Addatoday
on 3:14 AM
7 comments
Bungy Jump worldwide has become one of the popular and extreme adventure sports in today's time. Adventure lovers throng to places which are suitable for bungy jumping. If you are in search for one of the best places to do bungy jumping in the world, then you can visit New Zealand to experience this sport. 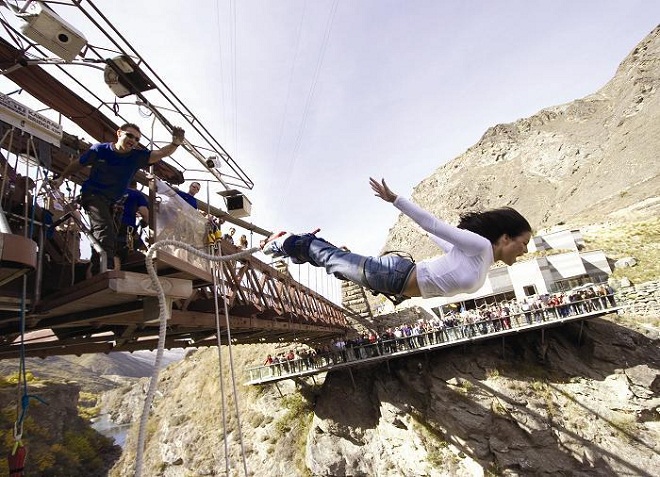 Bungy jumping is done in just few seconds of time, but the adrenaline rush is experienced for a lifetime. If one enjoy this ride for once, he will be addicted to it to enjoy again and again. In New Zealand one can experience bungy jumping in Queenstown and Auckland. These places are one of the best and safest place in the world to do bungy jumping. In Auckland one can do bungy in Auckland Harbour Bridge. Whereas in Queenstown one can do bungy in Kawarau suspension bridge or Nevis Highwire Bungy or both the places.

Kawarau Bungy, Queenstown - The Kawarau Bridge Bungy (Bungee) is the World Home of Bungy Jumping. It was from this site in 1988 that Bungy pioneers AJ Hackett and Henry van Asch launched both themselves and an international phenomenon, which has become renowned as one of the most exhilarating things to do in Queenstown – the adventure capital of the world. This has been the world’s best known and best loved Bungy Jump for more than 20 years and it continues to set pulses racing amongst the extreme enthusiasts who visit from all corners of the globe, whether young in age or young at heart. If you want to be tied up & thrown off with a friend, then this is the site for you, as it offers Queenstown’s only tandem Bungy Jump. 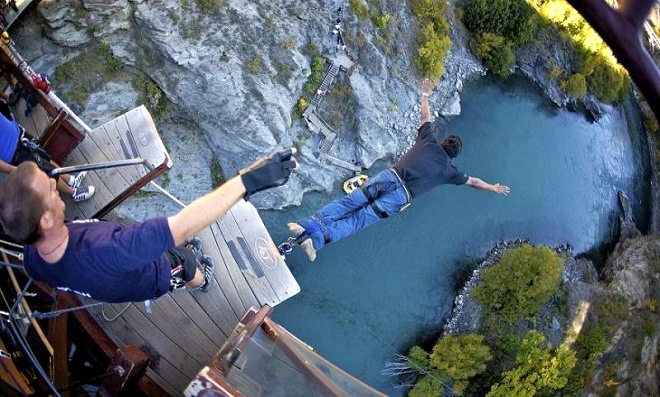 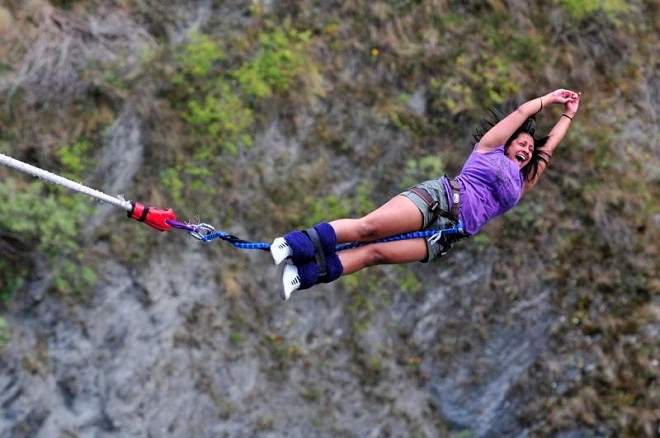 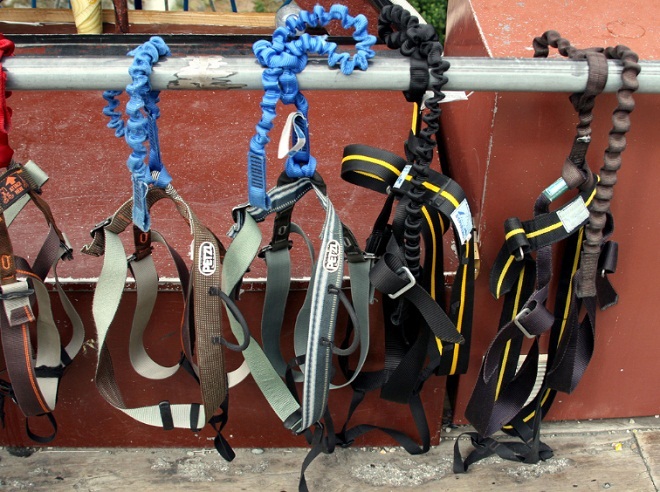 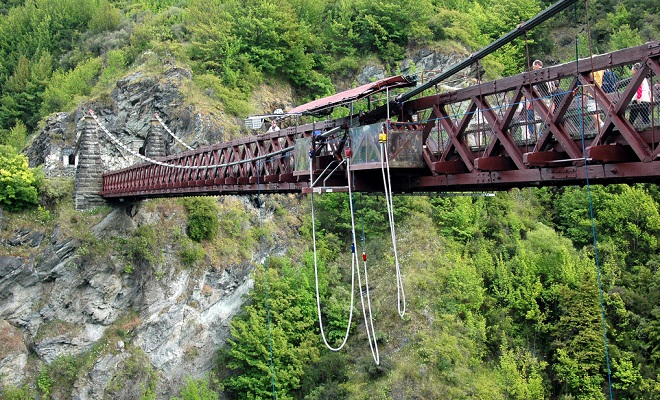 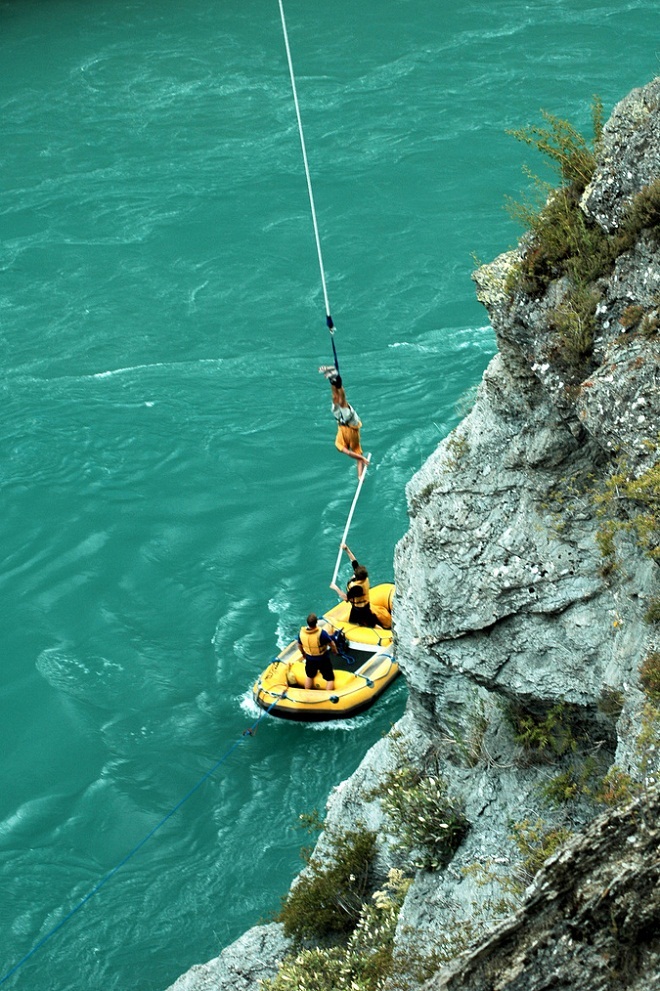 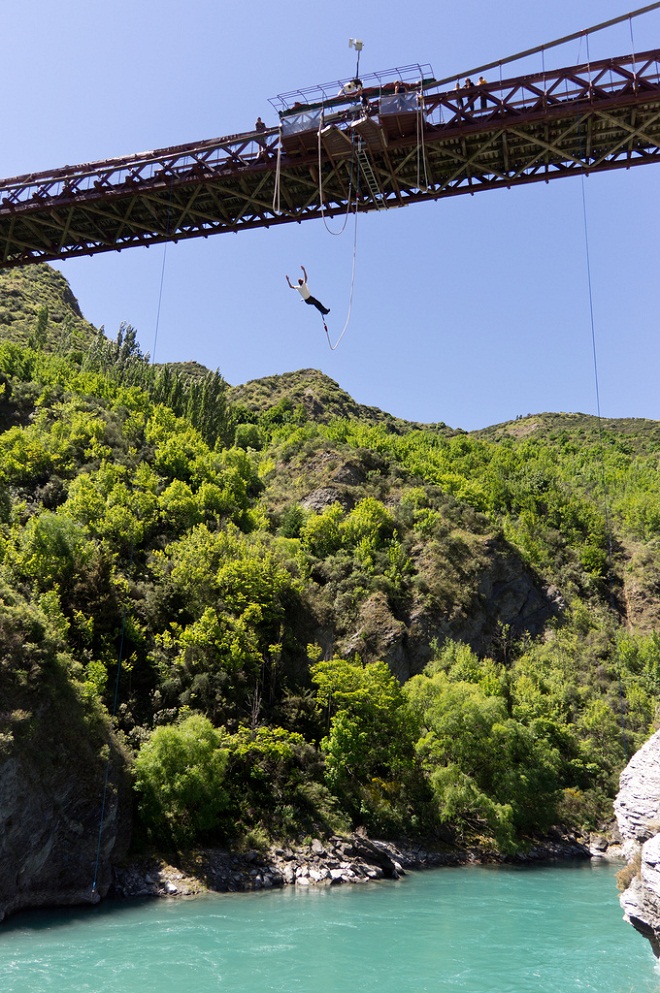 Nevis Bungy, Queenstown - Nevis Bungy (Bungee) is the highest bungy in Australasia and is a once in lifetime experience. The Nevis Highwire Platform is a bungy jumping platform in the Southern Alps near Queenstown on New Zealand's South Island. It is the third highest bungy jumping (highest in Australasia) platform in the world at a height of 134 metres. It is suspended by high-tension cords, which are fixed at both ends on either side of the Nevis River valley. Its glass floor allows spectators to watch others jump. This makes it a main tourist attraction for those visiting Queenstown. The Nevis Bungy is not for the faint of heart but if you conquer it, you can easily be proud of doing something extreme in the lifetime. 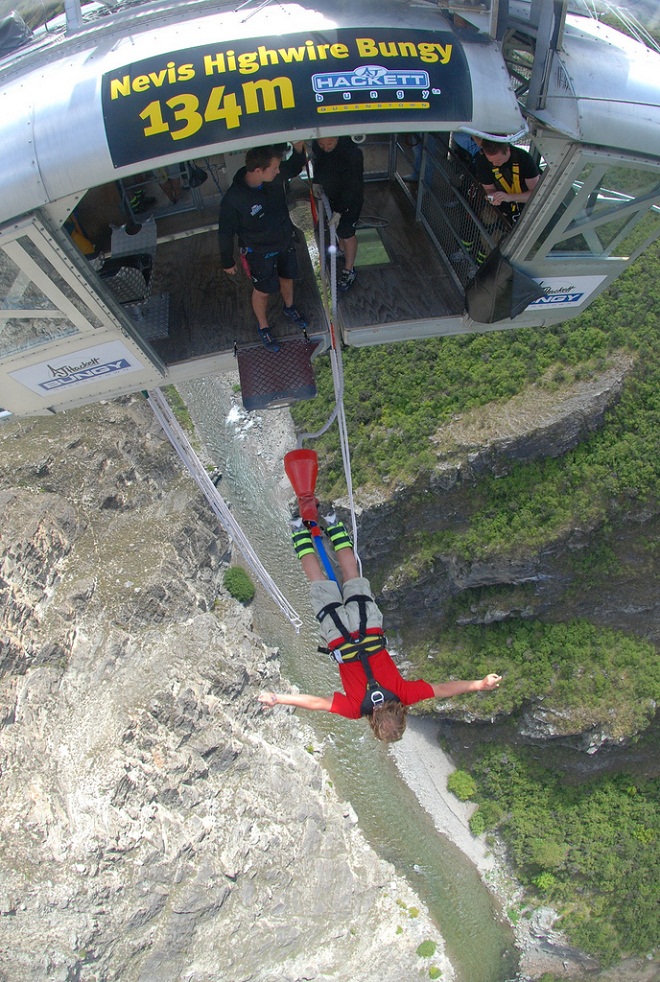 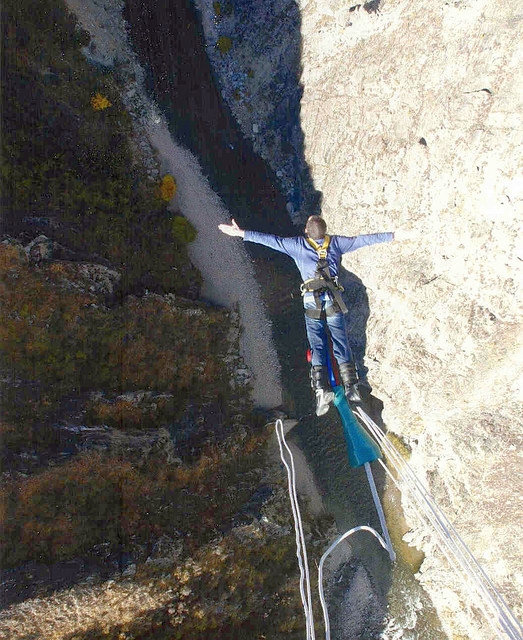 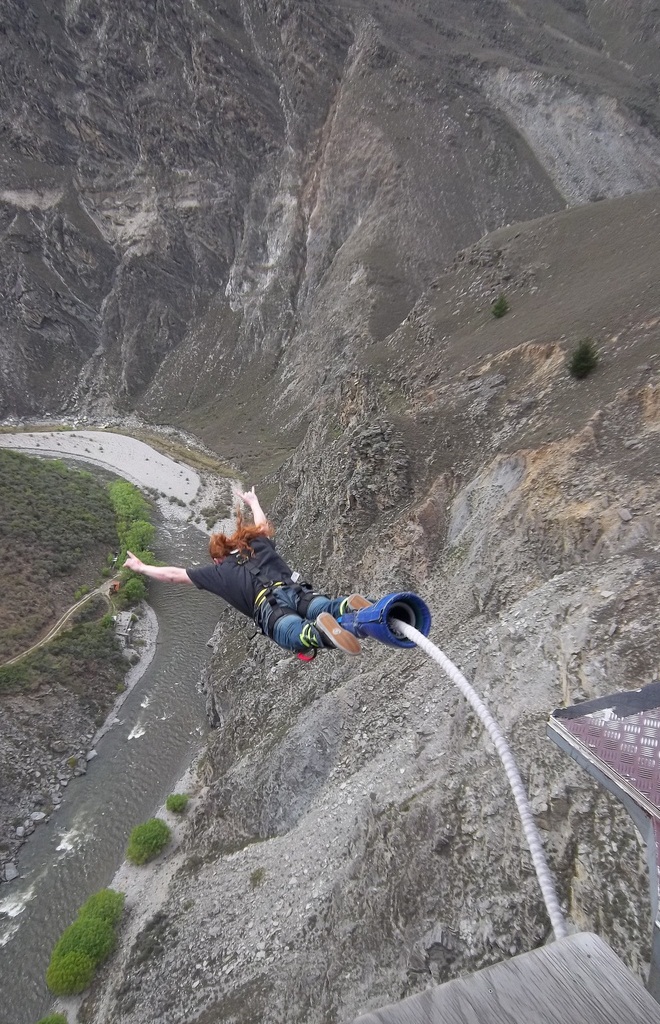 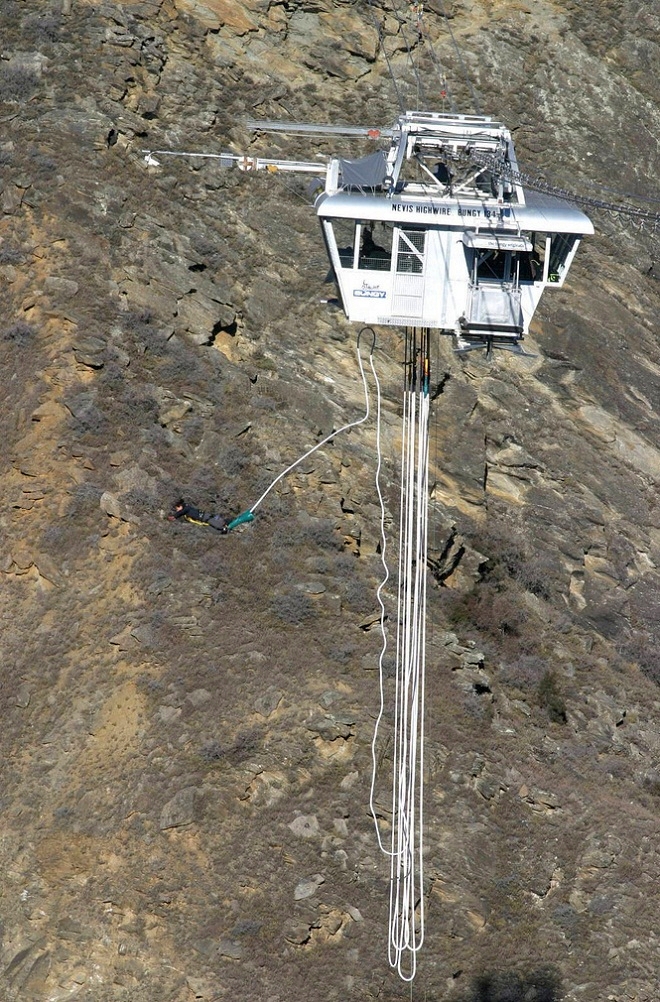 Auckland Harbour Bridge Bungy - Auckland is home to the worlds first harbour bridge Bungy Jump and is operated by the Bungy originals - AJ Hackett Bungy. As part of the Bungy experience you'll enjoy an exclusive bridge walk out to the specially-constructed and sensationally-suspended retro 'Bungy pod'. It's here you'll build up the courage to leap out over the Waitamata Harbour. Once airborne take time to enjoy the views of the harbour, that is if you can keep your eyes open long enough. 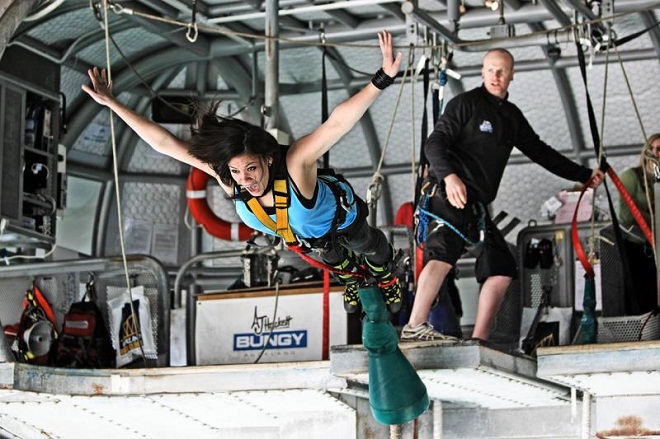 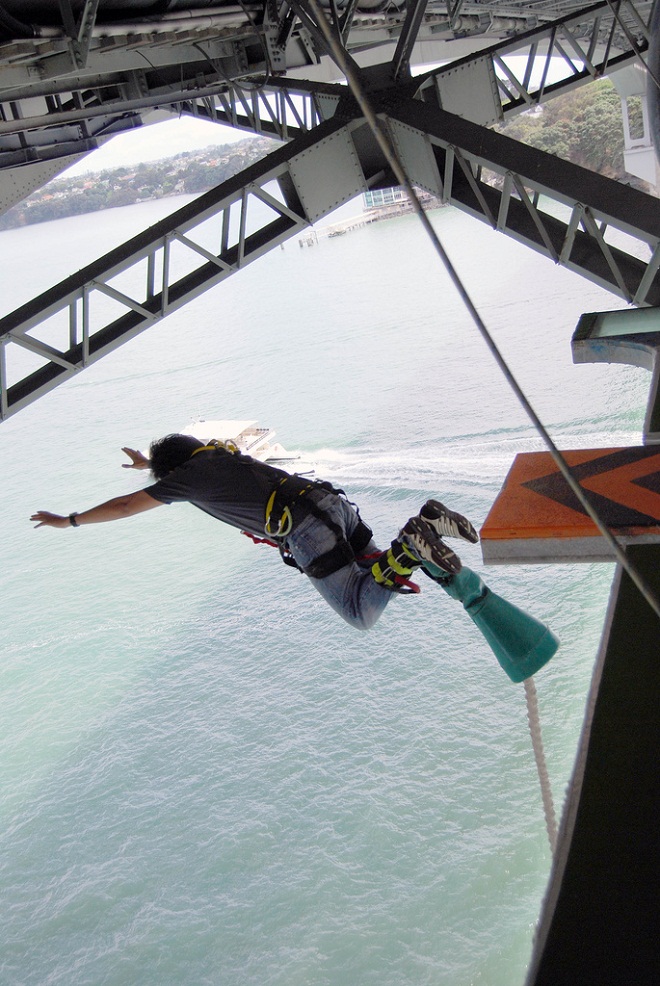 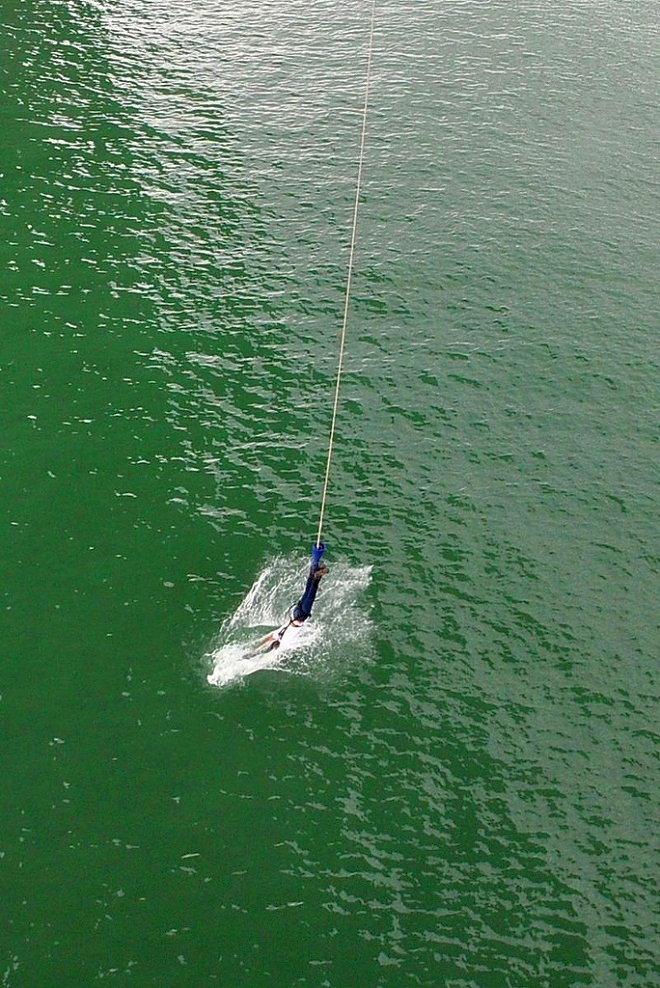 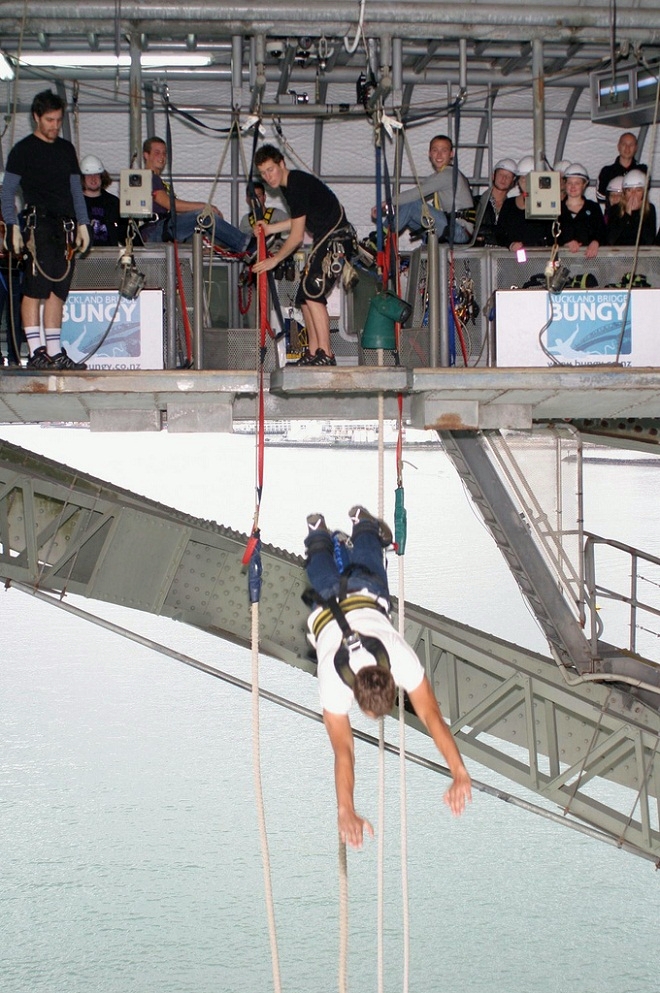 Below pictures show few stylish way one can do bungy jumping and enjoy the joyride. All are taken in around Queenstown, New Zealand. 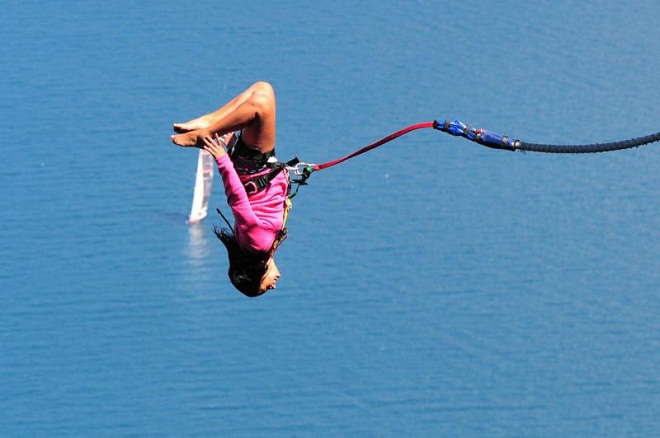 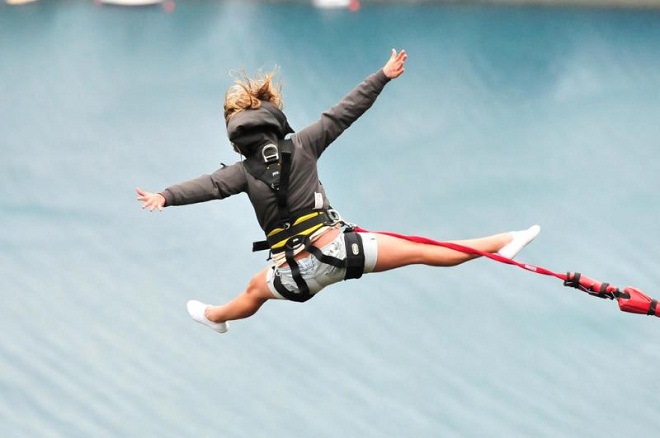 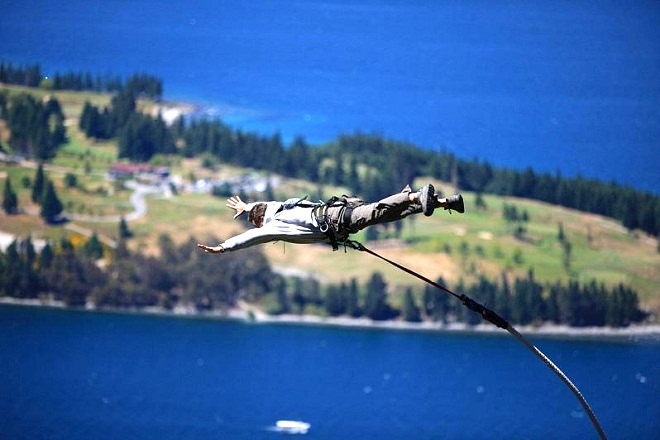 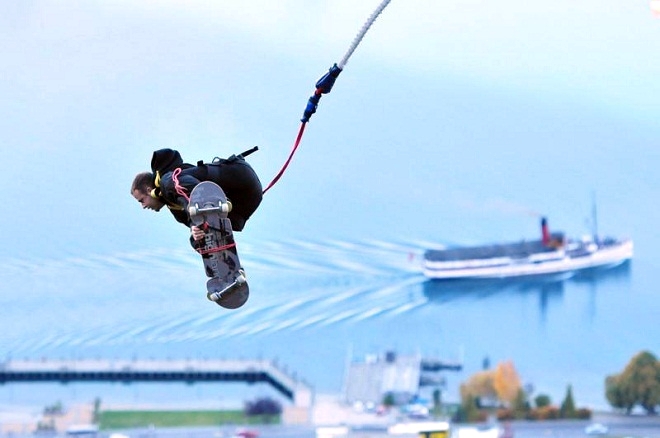 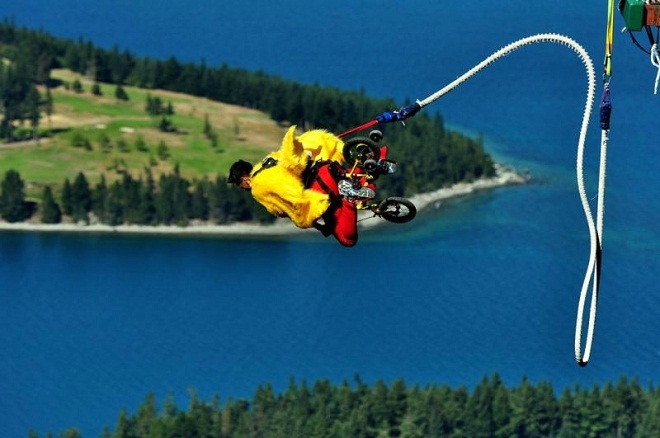 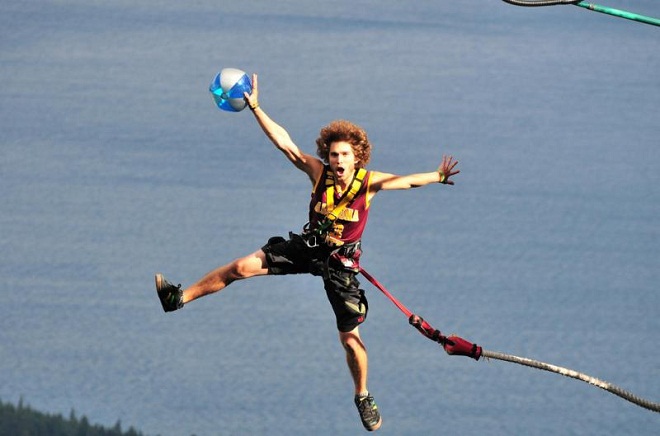 Posted by Addatoday at 3:14 AM