Addatoday
on 2:14 AM
154 comments
Planning a Honemoon Trip, be in a relax mood or do a Scuba Diving. One of the most sought after destination in the world is Maldives Island, the land of Corals. The Maldives are an island group of 1,192 coral islands grouped into 26 coral atolls. It has 200 inhabited islands, plus 80 islands with tourist resorts. It is located in the Indian Ocean towards the south-southwest of India and are considered part of Southern Asia.

Our main objective is to make familiars our readers with places to visit in Maldives and things must to do there. So, without any further delay lets start the discussion. Following below topics will be discussed in the article.

About Maldives and its culture - Maldives also known as the Maldive Islands, is an island nation in the Indian Ocean formed by a double chain of twenty-six atolls oriented north-south off India's Lakshadweep Islands, between Minicoy Island and Chagos Archipelago. It stands in the Laccadive Sea, about 700 kilometres (430 mi) south-west of Sri Lanka and 400 kilometres (250 mi) south-west of India.

Maldivians are almost entirely Sunni Muslim, and the local culture is a mixture of South Indian, Sinhalese and Arab influences. While alcohol, pork, dogs and public observance of non-Muslim religions are banned on the inhabited islands, the resort islands are allowed to exist in a bubble where anything goes.

Note that the weekend in the Maldives runs from Friday to Saturday, during which banks, government offices and many shops are closed. You won't notice this at the resorts though, except that lunch hours may be shifted for Friday prayers. The Maldives are tropical, with plenty of sunshine and temperatures around 30°C throughout the year. However, rainfall increases considerably during the April-October southwest monsoon, particularly from June to August.

2. Basic Travel Informations to be Known by Travelers.

3. Best Time to Visit Maldives. Anytime in the year. Weather is consistent throughout the year. April is the best for diving. Dec-Jan period is the costliest. March-Oct is reasonable to Dec-Jan period.

Malé is the capital of the Republic of Maldives and is regarded as one of the smallest capitals of the world in terms of physical size. The city, an exotic blend of ethnicity and modern values, is a place with high-rise buildings and good infrastructure. Continue Reading Places to Visit in Maldives 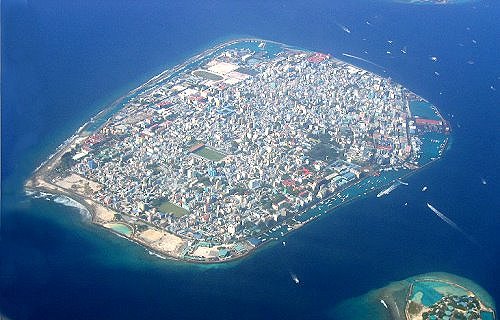 6. Best Beaches in Maldives - Maldives is a land of beautiful islands with some of the best beaches in the world. Maldives beaches are famous for excellent clean waters, with extremely low tides. Most of them are beautiful sandy beach. It is one of the sought after place in the world for Scuba Diving, Snorkeling, Parasailing and other adventure water sports. Also because of serenity all around it is one of the best Honeymoon place in the world. Continue Reading Best Beaches in Maldives 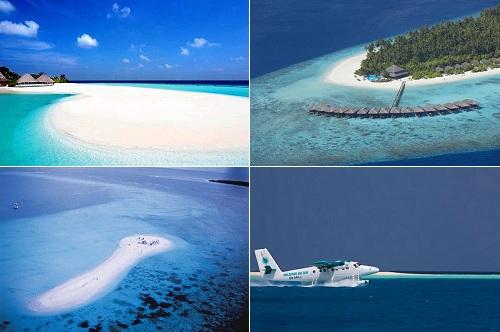 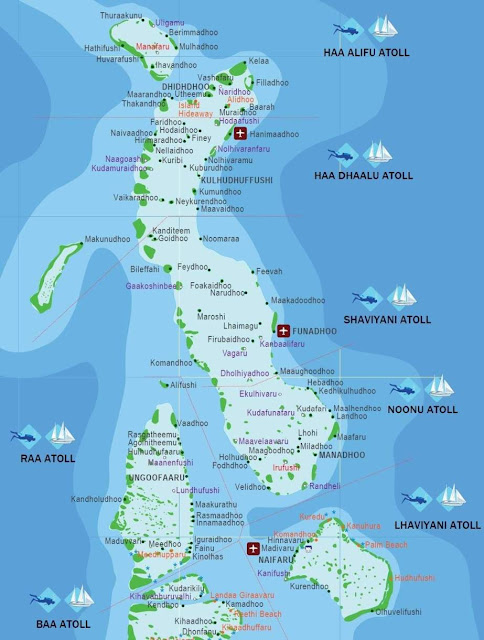 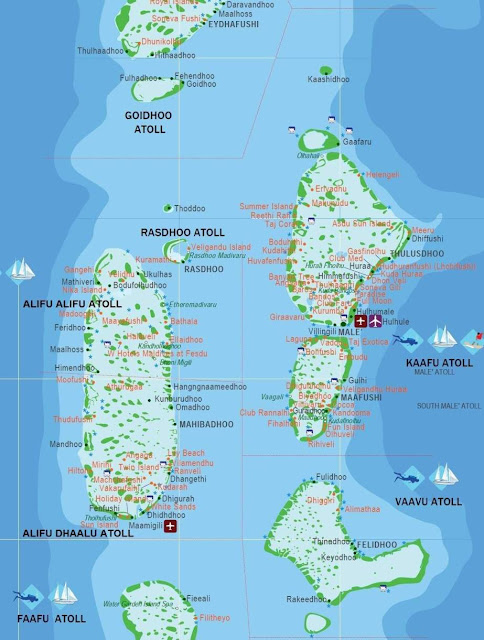 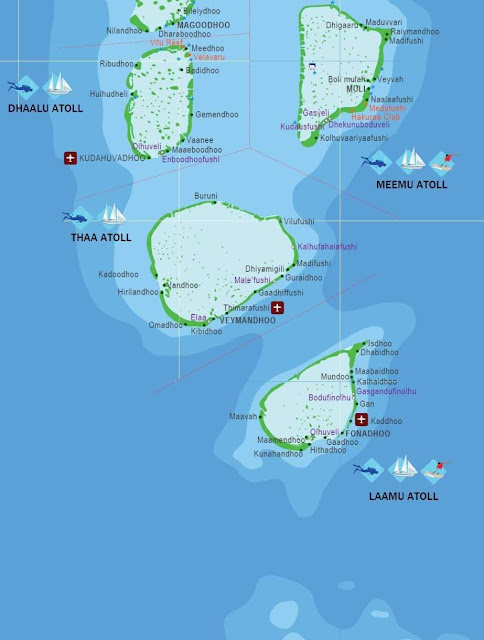 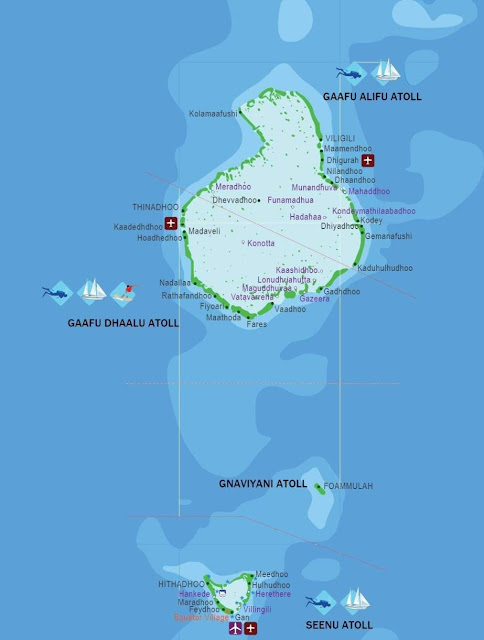 Or, Here is the Alternate Live Satellite Map of Maldives Below -


8. Entry in Maldives -   The Maldives have a remarkably easy visa policy. Everybody gets a free 30-day visa on arrival, provided that they have a valid travel document, a ticket out and proof of sufficient funds, defined as either a confirmed reservation in any resort or US$25/day in cash. This can be extended up to 90 days at Male, but you'll need to indicate where you're staying for that long. Continue Reading Entry in Maldives.

9. How to Reach Maldives - Maldives in simple ways it can be reached by flight and its the best way to reach there. Practically all visitors arrive at Male International Airport, located on Hulhule Island right next to the capital Male. The airport is served by a wide array of flights to China, India, Sri Lanka, Dubai and major airports in South-East Asia, as well as an increasing number of charters from Europe. Many flights stop in Colombo (Sri Lanka) on the way. Continue Reading How to Reach Maldives.

10. Travel Within/In Maldives - Travelling in (within) the Maldives is done in three ways: boats, sea planes (air taxis) and private yachts. The boats are the Maldivian equivalent of a car, while planes and private yachts are mainly reserved for tourists. Continue Reading Travel in Maldives.