Addatoday
on 2:27 AM
1 comments
If you have been to South Africa and not been to Cape Town its useless. The natural beauty of Cape Town makes it one of the most attractive cities in the world. Cape Town boasts beautiful beaches as well as the impressive Table Mountain right in the heart of the city. The restaurants are world class, and so are the wines. Cape Town is also one of the most culturally diverse cities in Africa and has reputation for social tolerance.

Table Mountain - When you visit Cape Town you'll see a huge slab of sandstone, 1086m high and 3km long, smack in the middle of town - that is Table Mountain. Table Mountain's top is often shrouded in clouds commonly known as the mountain's "tablecloth". The mountain is home to more than 1400 unique species of plants as well several mammals and over 100 invertebrates. The views of Cape Town and its coastline from the top are spectacular (if the mountain doesn't have it's tablecloth). You can even see Robben Island where Nelson Mandela was imprisoned for 18 years. There are cable cars to get you to the top but if you're fit it's worth attempting the 3 hour climb up one of the many trails. If you are interested in paragliding down you can do that too. There's a restaurant and a souvenir shop at the top of Table Mountain for your convenience. 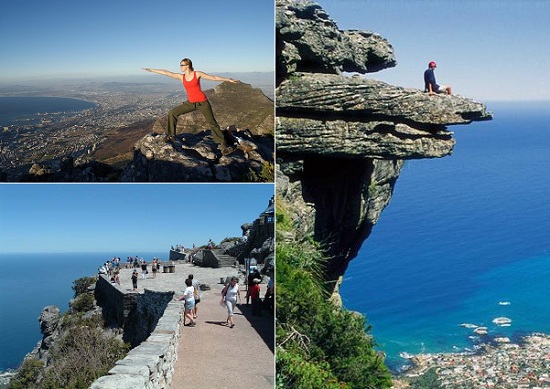 Note: The cable cars do not operate when there are strong winds (which is fairly frequently). If the mist comes down while you're at the top of the mountain a horn will go off as a warning. If you hear the horn make your way to the cable cars to get down safely. To check if the cable car is operating call (021) 424 0015 or see the official website.

The Victoria and Alfred Waterfront -   Called the "waterfront" by locals, the Victoria and Alfred Waterfront is a working harbour and entertainment hub rolled into one. You'll find some of Cape Town's best restaurants here along with a hopping nightlife, brew pubs and plenty of shops to spend your money in. While checking out malls may not be the main reason you're visiting South Africa - the waterfront is a nice area to stroll around in and feel safe, day or night. There are lots of places to sit and watch the seals frolic in the harbor and the fisherman bring in their daily catch. Other attractions include a Maritime museum, an Aquarium (with plenty of sharks) and the Robben Island Exhibition and Information Centre.
You can also take boat and helicopter rides from the Waterfront to get an even better view of Cape Town. If you're looking to visit Robben Island this is where you can purchase tickets for a tour and your boat ride out to the island. For more information check out the official Victoria and Alfred Waterfront web site. It includes the fascinating history of the harbor as well as details of tours offered and all the available attractions.

There's a huge Tourist Information Bureau near the Nelson Mandela Gateway where you can book any tour or safari you like the look of. You can also organize car rental, change your money, get on the internet and have a snack.

Robben Island where Nelson Mandela was imprisoned for 18 years - Robben Island, just off the coast of Cape Town, has been a penal colony for most of its 400 year history. It's a barren little island surrounded by a rough shark-infested sea. Nelson Mandela spent 18 years on Robben Island most of them in the cell pictured above. Many of the leading members of South African political parties and ANC members were incarcerated alongside him. But in 1997 Robben Island was turned into a museum and also declared a UNESCO World Heritage Site. Robben Island has become an extremely important symbol in the new South Africa, reflecting the triumph of good over evil, of democracy over apartheid. The museum's guides are former prisoners themselves and listening to their stories makes a visit to Robben Island a humbling and emotional experience.

Tours to Robben Island should be booked in advance either through a travel agent or directly at the Nelson Mandela Gateway (near the clock tower) on the Victoria and Alfred Waterfront where the ferries depart from. Tours last around 4 hours and include the ferry ride to Robben Island, a tour of the prison buildings, and a bus tour of the island itself. 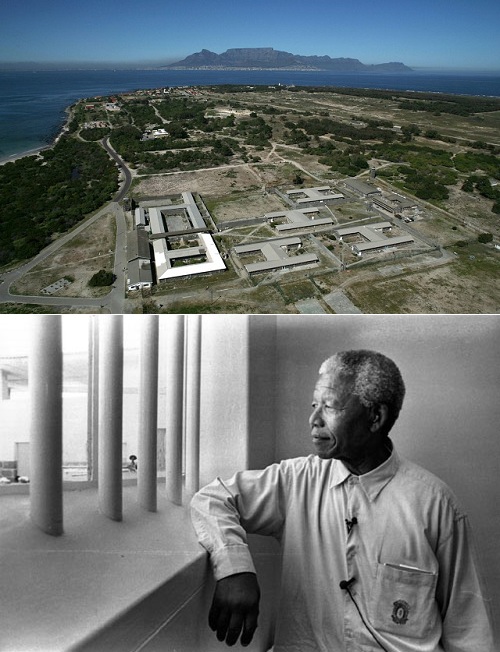 Other places to visit in Cape Town includes - 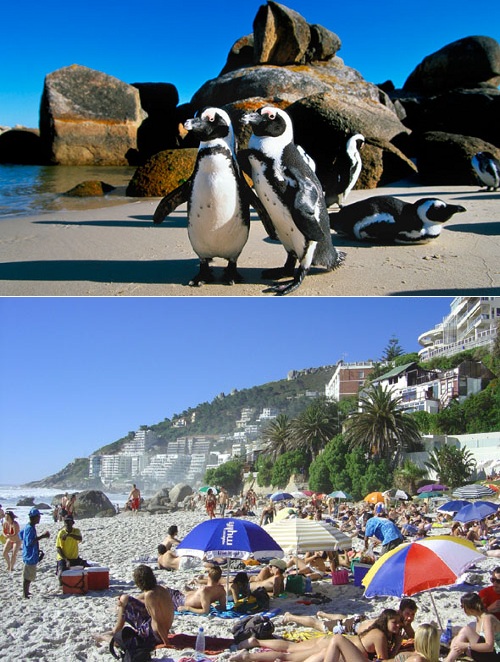