Addatoday
on 2:27 AM
No Comment
Durban is situated in the province of KwaZulu-Natal, on the east coast of the South Africa. The city is set on Natal Bay and benefits from year-round warm waters making it one of South Africa's top vacation spots. Durban is also one of Africa's busiest and most important ports.

Highlights of Durban include:

The Beaches: Durban's "Golden Mile is a string of beaches protected from sharks by nets and patrolled by life guards during the day. This is prime surfing territory but there's room for swimmers and body-surfers too. 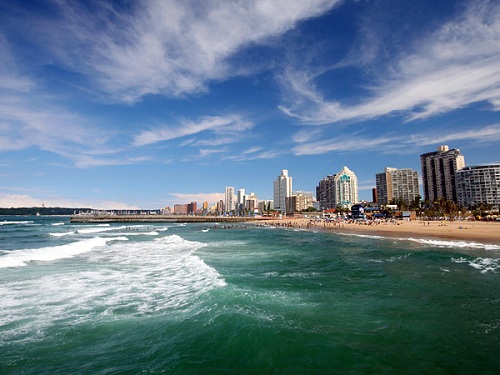 The Promenade: A promenade stretches along the Durban waterfront and is home to numerous restaurants, pubs, hotels, shops and the world class uShaka Marine World aquarium. 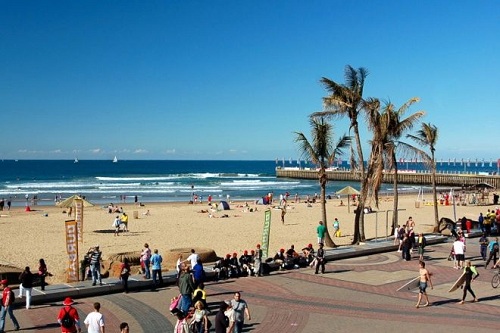 Victoria Indian Street Market: Durban has a huge Indian population, descendents of laborers brought in by the British to work in the sugarcane fields during the latter 19th century (one of which was a young Mohandas Gandhi). The Indian street market is a bustling interesting place with mosques and temples as well as plenty of shops and delicious food.

Umgeni River Bird Park: With over 3000 exotic and indigenous birds as well as 4 waterfalls, lush vegetation and several endangered species, this bird park is a wonderful place to visit.

Note: Durban has always been a fairly crime-ridden city. You should be aware of pickpockets in the market areas and along the promenade, and be careful at night.