Bhutan Kingdom in The Clouds.

Addatoday
on 3:51 AM
No Comment
Bhutan is a tiny nation situated in the midst of Great Himalayas. It is covered by Tibet autonomous region and other two powerful countries in India and China. The Bhutanese name for Bhutan, Druk Yul, means 'Land of the Thunder Dragon'. It is also known as the Kingdom in the Clouds. 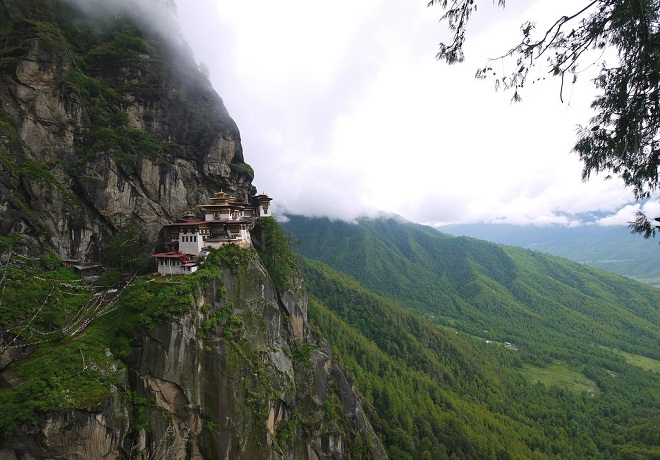 Because of its scenic beauty and unexplored regions, tourist can sometime found lost in this serene land. Bhutan is the only Vajrayana Buddhist nation in the world, and the profound teachings of this tradition remain well preserved and exert a strong influence in all aspects of life. Due to its pristine environment and harmonious society, the tiny Kingdom of Bhutan has been called 'The Last Shangrila.' 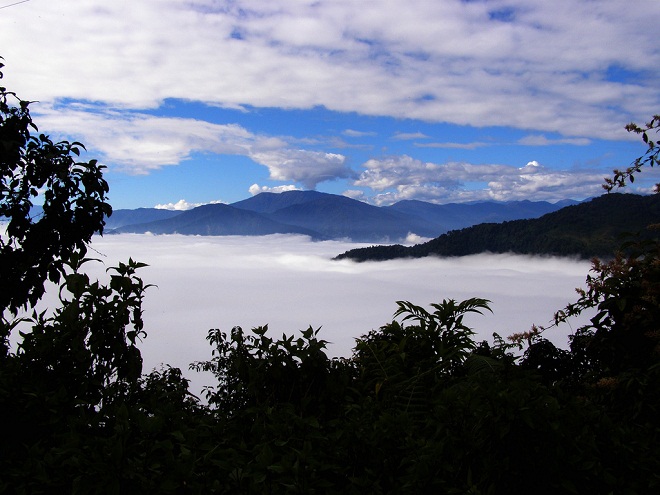 Credits
Almost completely cut off for centuries, it has tried to let in some aspects of the outside world while fiercely guarding its ancient traditions. It only began to open up to outsiders in the 1970S. Besides the stunning natural scenery, the enduring image of the country for most visitors is the strong sense of culture and tradition that binds the kingdom and clearly distinguishes it from its larger neighbors. Bhutan is a unique country both culturally and environmentally where development is measured using a holistic approach of well-being, not just based on. 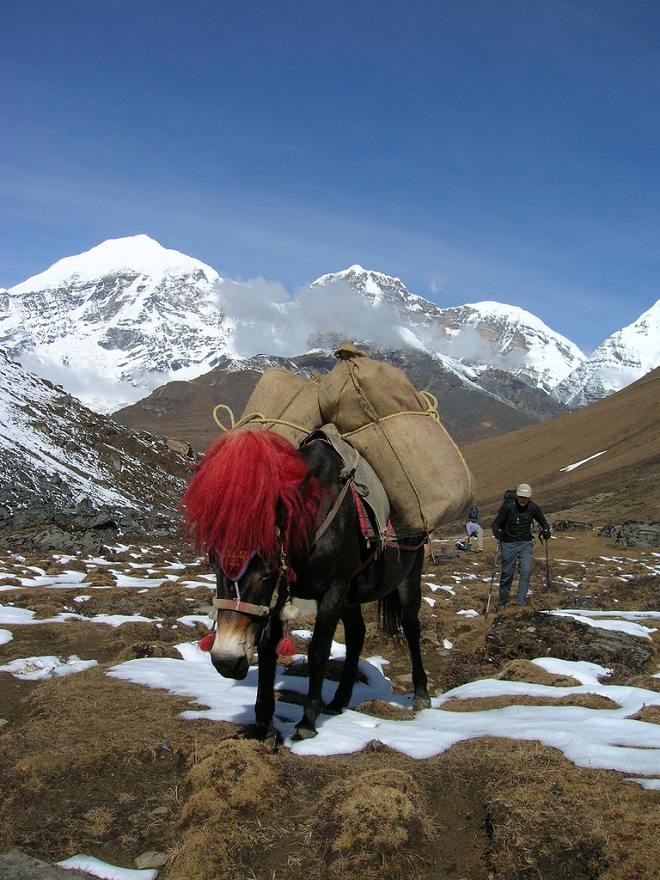 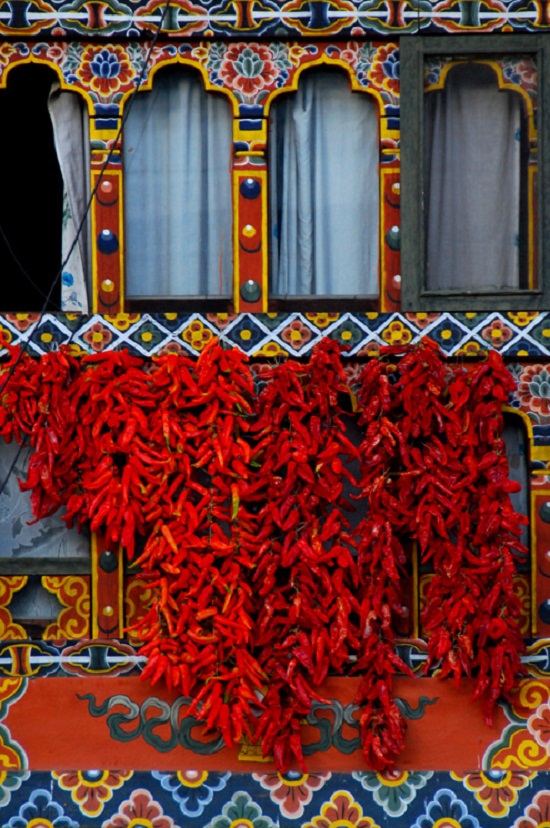 Credits
It’s also a deeply Buddhist land, where men wear a tunic to work, where giant protective penises are painted on the walls of most houses, and where Gross National Happiness is seemed more important than Gross National Product. 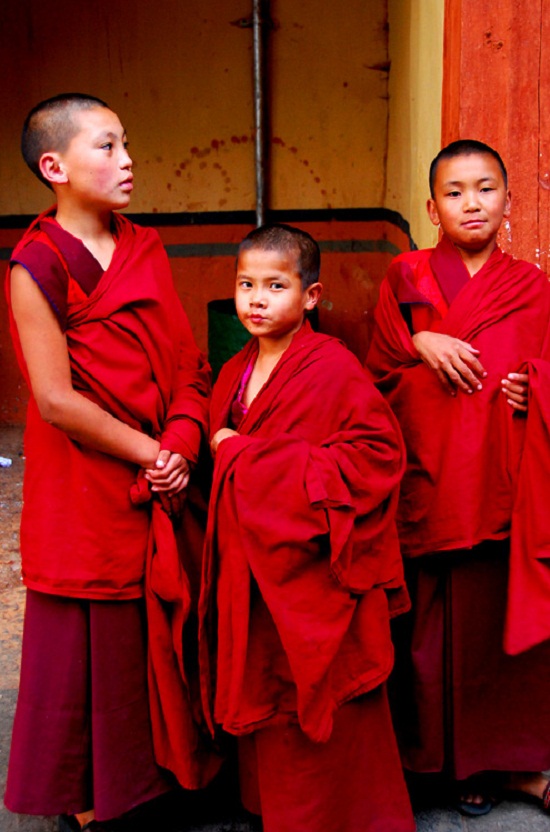 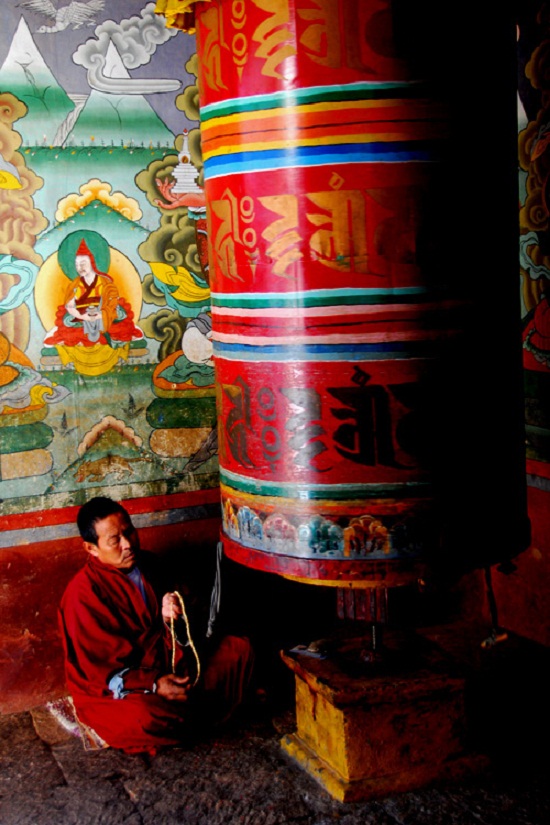 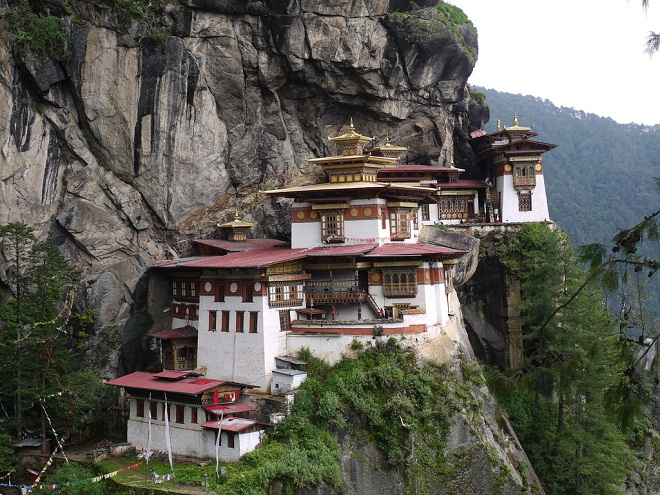 Credits
A temple complex was first built in 1692, around the Taktsang Senge Samdup cave where Guru Padmasambhava is said to have meditated for three years, three months, three weeks, three days and three hours in the 8th century. Padmasambhava is credited with introducing Buddhism to Bhutan and is the tutelary deity of the country. Today, Paro Taktsang is the best known of the thirteen taktsang or "tiger lair" caves in which he meditated.

Tsechu are annual religious Bhutanese festivals held in each district or dzongkhag of Bhutan on the tenth day of a month of the lunar Tibetan calendar. Tsechus are religious festivals of Drukpa Buddhism. Tsechus are large social gatherings, which perform the function of social bonding among people of remote and spread-out villages. The focal point of the tsechus are the sacred Cham Dances, which are banned in neighbouring Tibet. 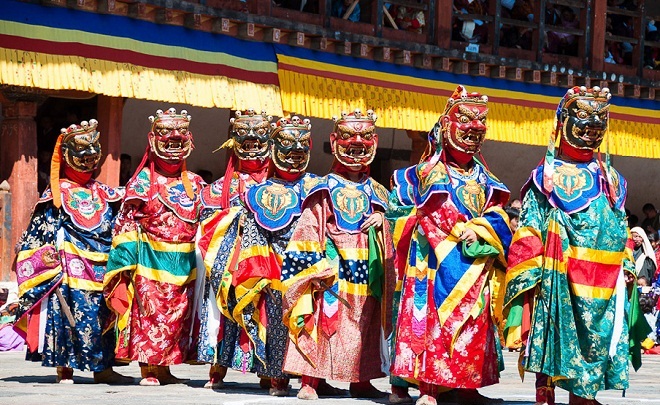 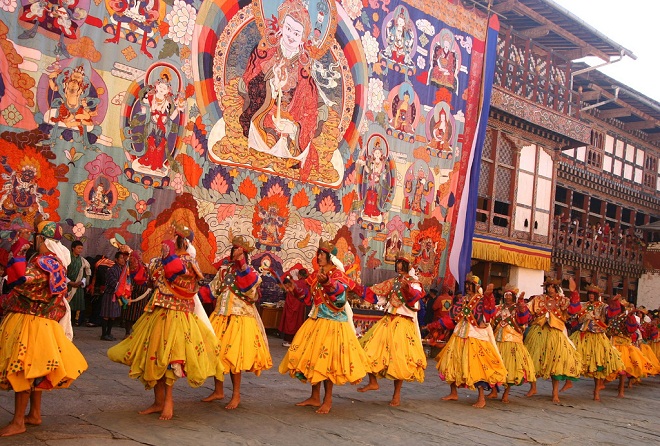 Credits
These costumed, masked dances typically are moral vignettes, or based on incidents from the life of the 9th century Nyingmapa teacher Padmasambhava and other saints.

Trongsa Dzong is an impregnable fortress that was built in 1648. The massive structure is built on many levels into the side of the hill that includes the countless courtyards, passageways and corridors in addition to the twenty three temples inside the Dzong. 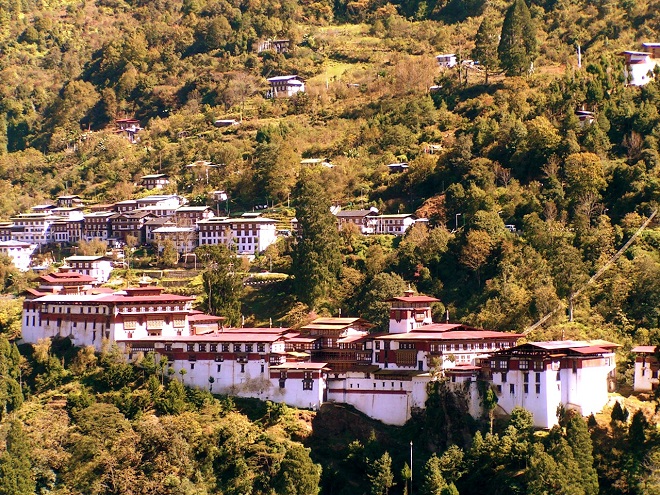 Credits
Trongsa at an altitude of 2,200m forms the central hub of the nation and is historically the place from where attempts at unifying the country were launched. The Royal family has strong links with Trongsa. Both His Majesty King Uygen Wangchuk and his successor King Jigme Wangchuck ruled the country from this Dzong.

Below are some more beautiful Pictures of Bhutan 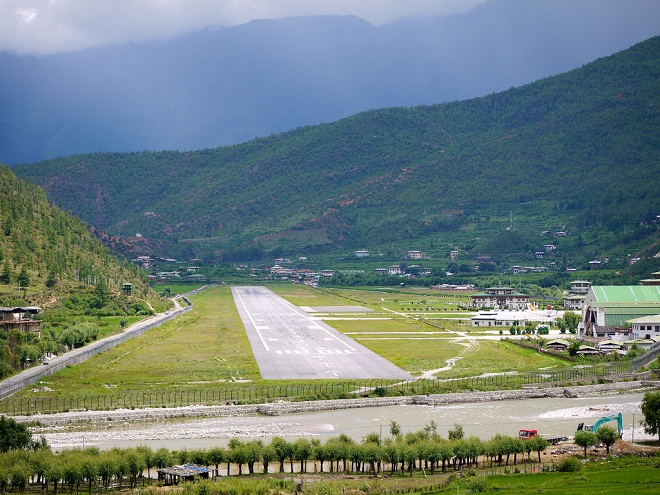 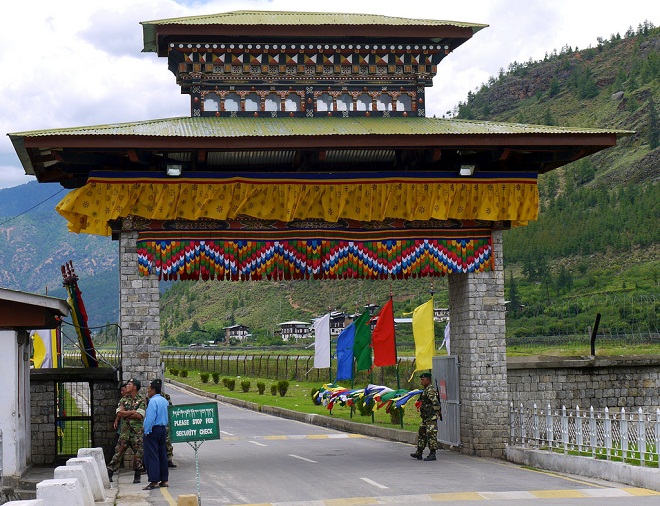 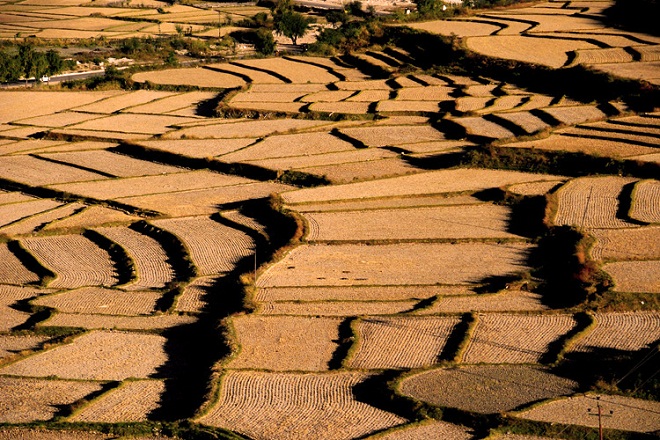 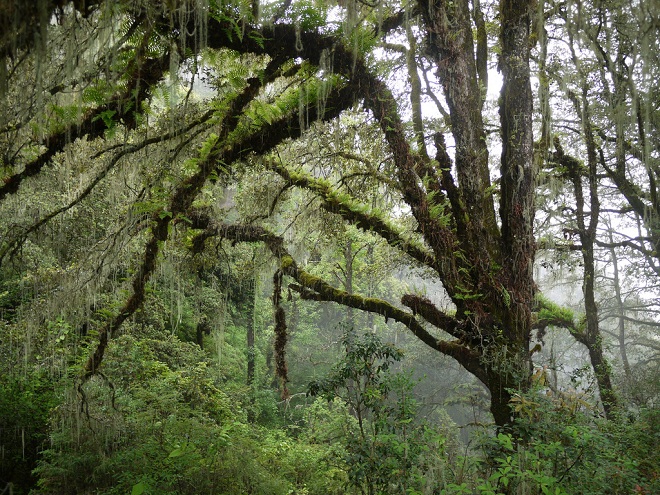 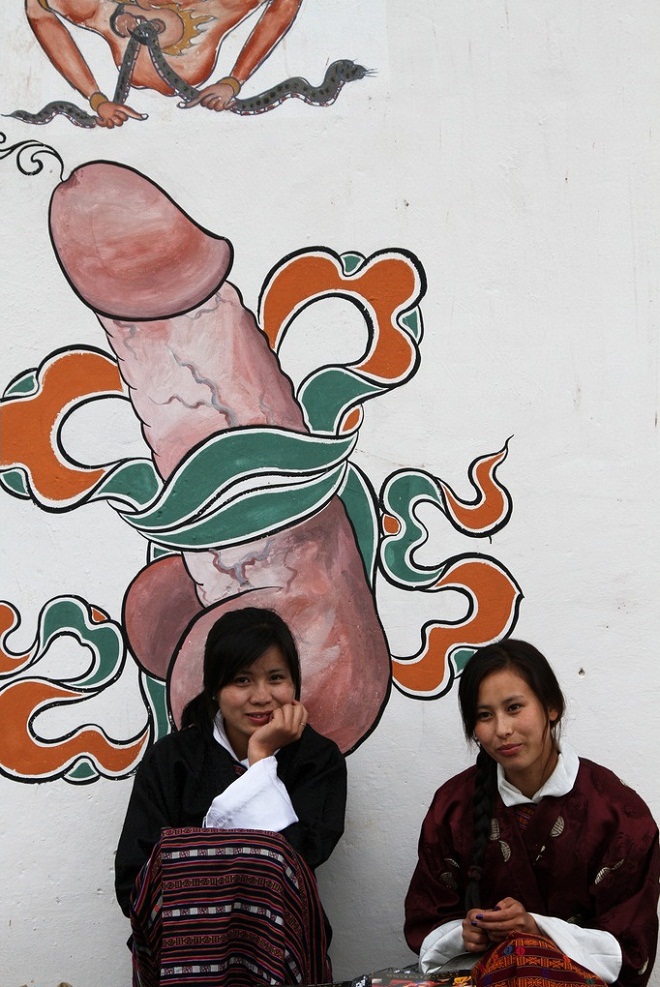 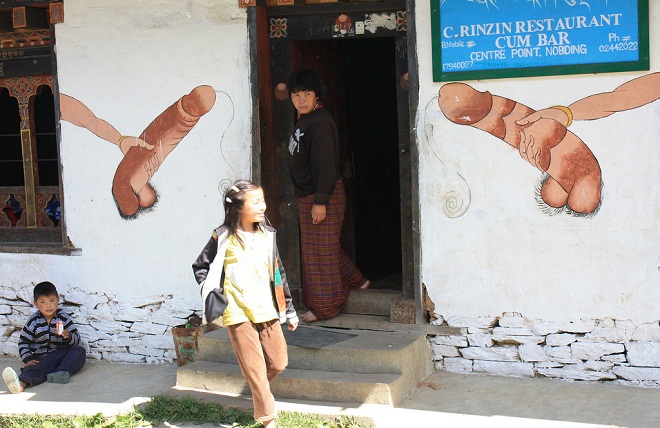 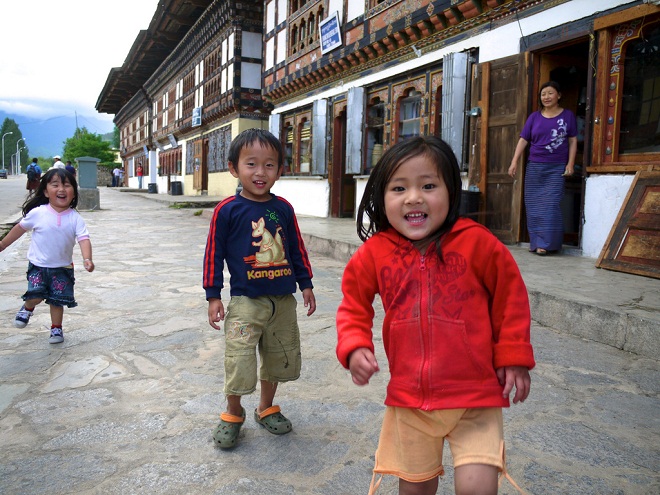 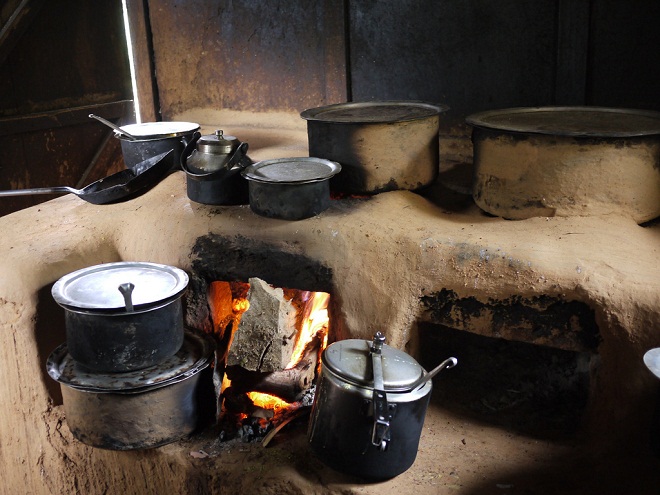 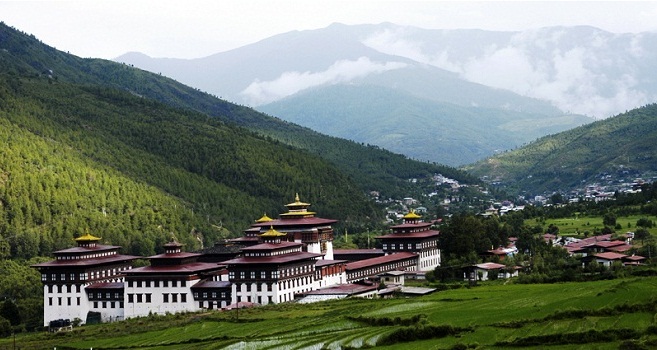 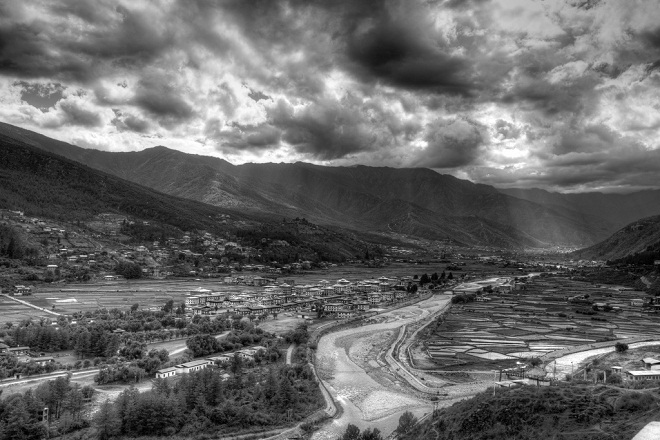 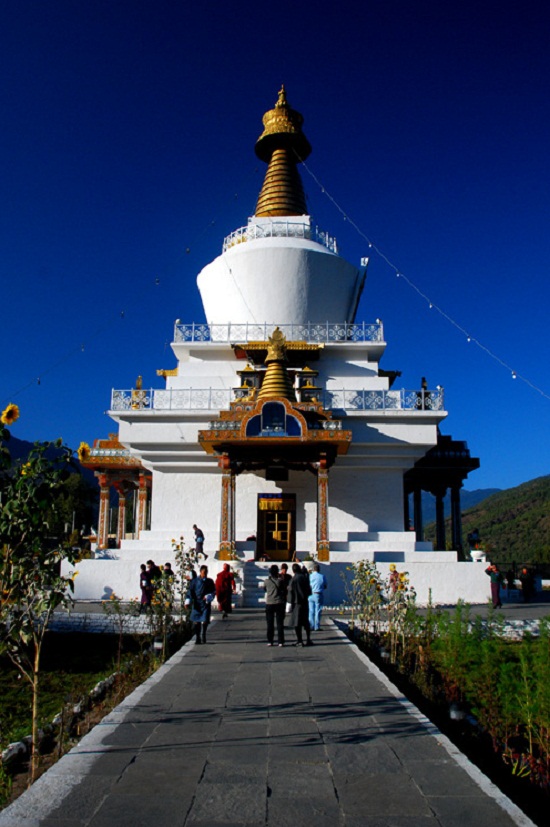 A Small Bhutan Village in the hill 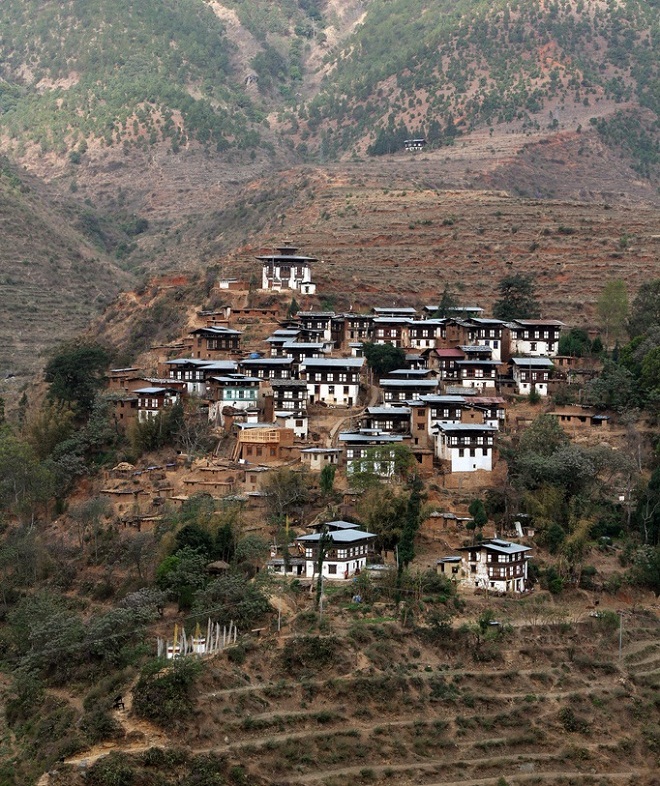