Addatoday
on 3:38 AM
No Comment
Jeju Island in Southern Coast of South Korea is best known for Honeymoon Vacations. It is one of the popular tourist destination in the world for Newly Wed Honeymoon couples. Earlier a lot of tourists visited from Korea and Asia to Jeju for a good Honeymoon Vacation. But now a large number of International Tourist has started visiting this place to have a great pleasure time. Jeju is also famous for Hiking and Trails.

Jeju is Korea's first and only Special Autonomous Province. Its capital is Jeju City. Jeju Island is also known as the "Island of the Gods." 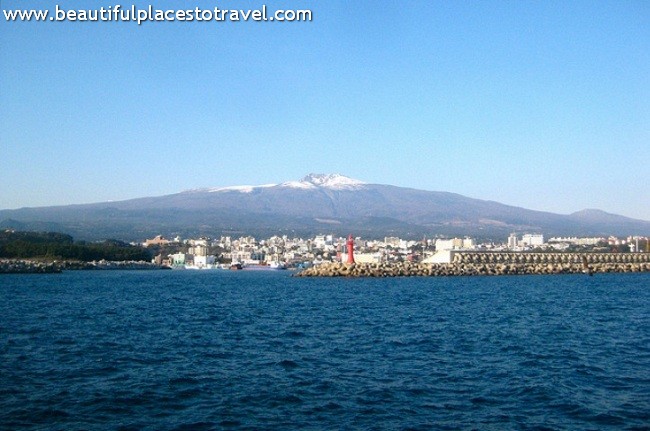 The island offers visitors a wide range of activities: hiking on Halla-san (South Korea's highest peak) or Olle-gil(routes), catching sunrises and sunsets over the ocean, riding horses, touring all the locales from a favorite television K-drama, or just lying around on the sandy beaches. 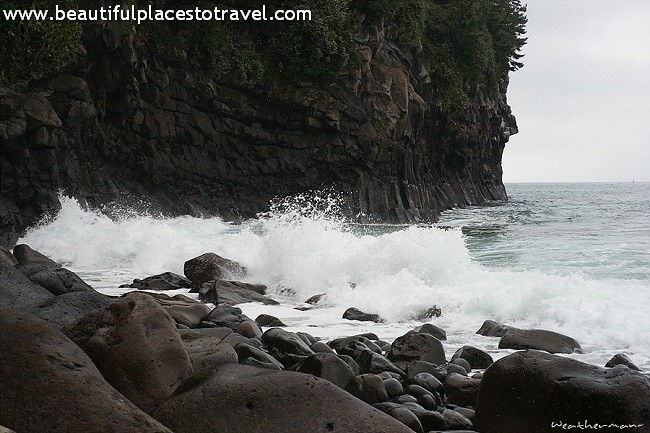 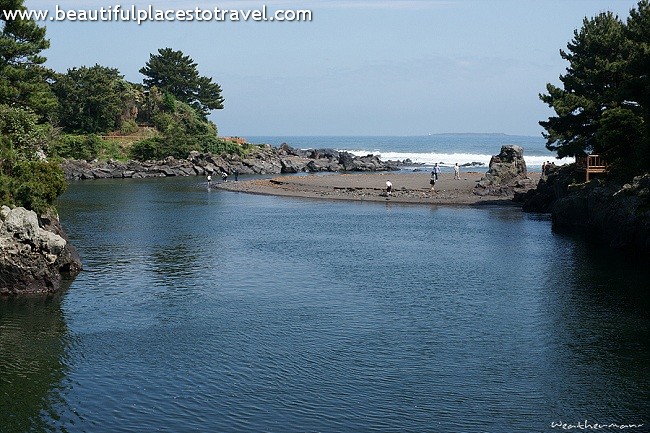 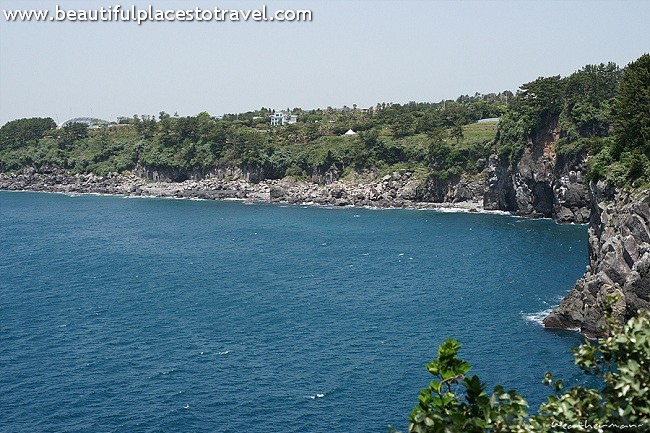 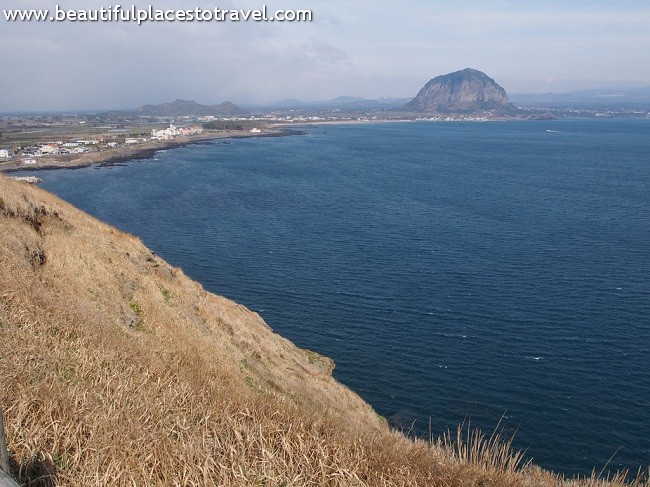 1. Jeju City. It is the capital of Jeju Island. Most of the attractions on Jeju Island are outside of Jeju city, so if you don't have your own form of transport it's only worth spending time in the city for the wider range of bars and restaurants.

2. Seogwipo is located in the south of the island, and close to a wide range of tourist sites. Also home to Jeju's World Cup Stadium and the Jungmun Tourist Resort Complex.

Things to do and Places to see in Jeju Island -

1. Hiking on Halla-san - At 1,950 m (6,400 ft), Halla-san is Jeju's most distinctive landmark, and South Korea's highest peak. Furthermore, it is one of Jeju's three UNESCO World Natural Heritage Sites. Hiking is popular here and place and trail is well maintained. 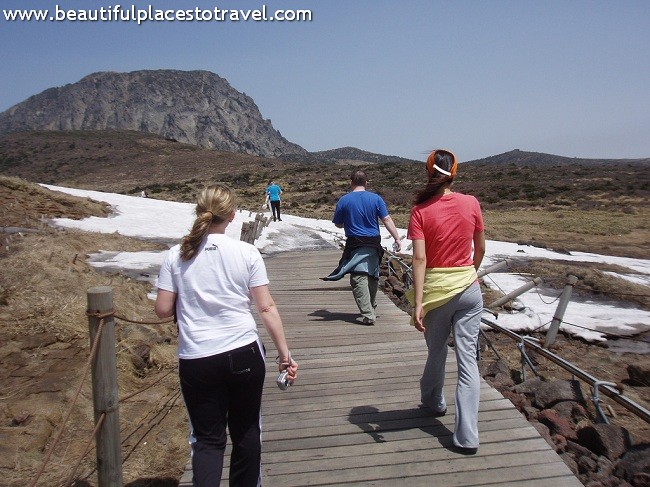 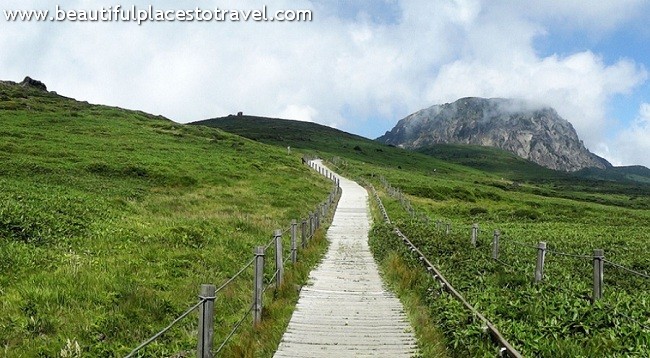 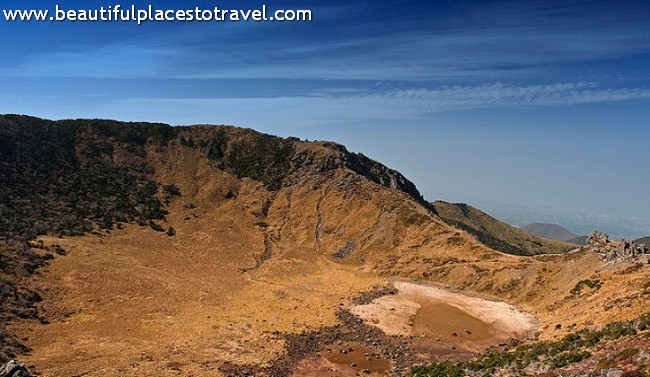 2. Olle Trails - The olle hiking trails are now a complete set of 26 routes stretching some 422 km that roughly follow the coast in a clockwise fashion. The first trail starts at Malmi Oreum in the northeast (near the famed Seongsan Ilchulbong) and the final terminates a kilometer away to the north. One trail length is mostly in the 4-6 hour range so one can be comfortably covered in a day. 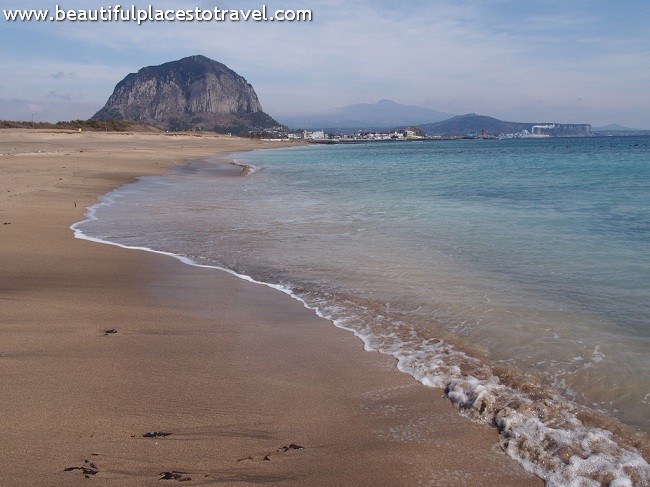 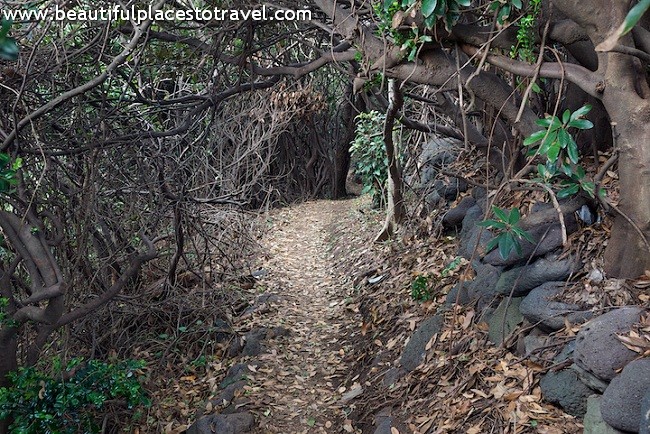 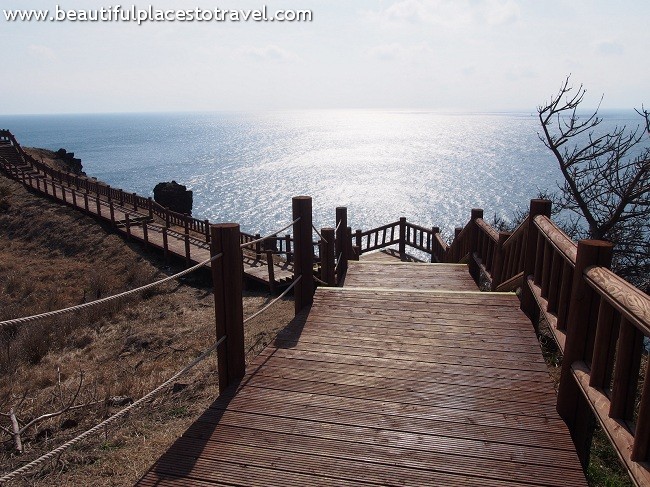 3. Manjanggul Lava-tube is a 7 km cave, of which only a 1 km part can be accessed by the public. The tube is up to 23 m high and has been created by lava streams running through. 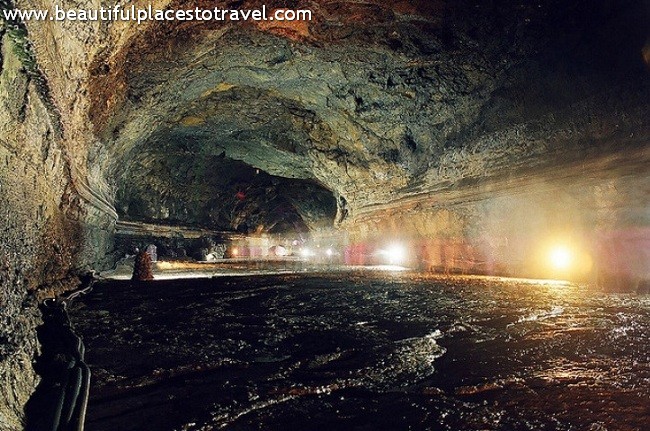 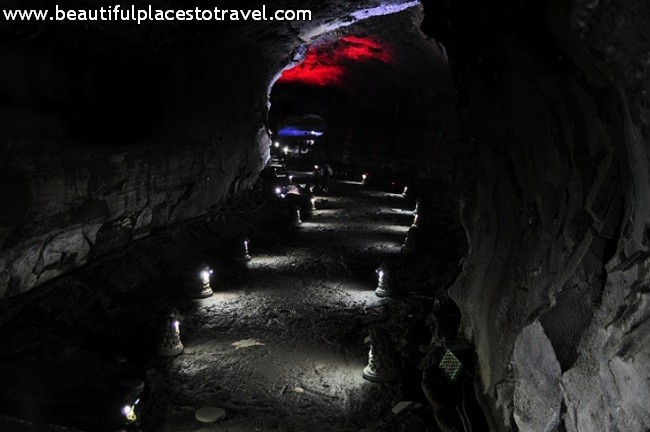 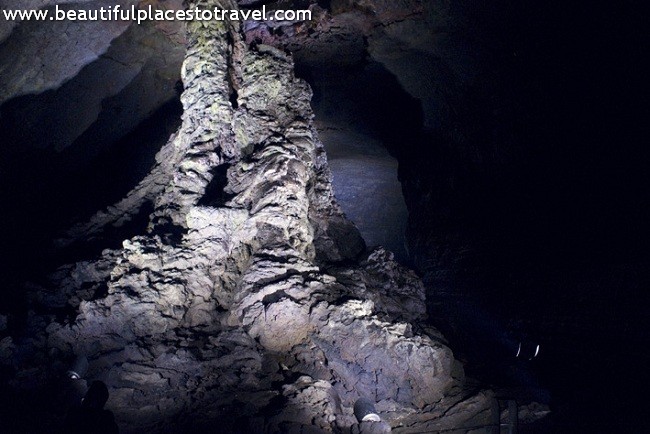 Image Source
4. Jungmun Beach and Iho Beach - Both these beaches are famous playing and resting zone in Jeju Island. Don't miss a chance to visit this place once entered Jeju. 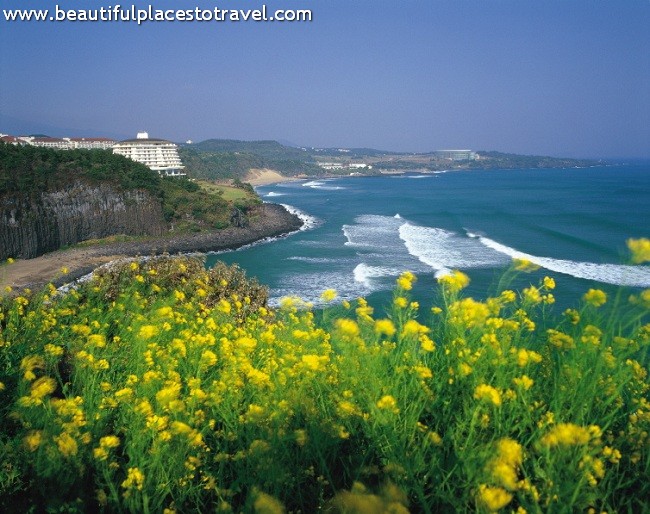 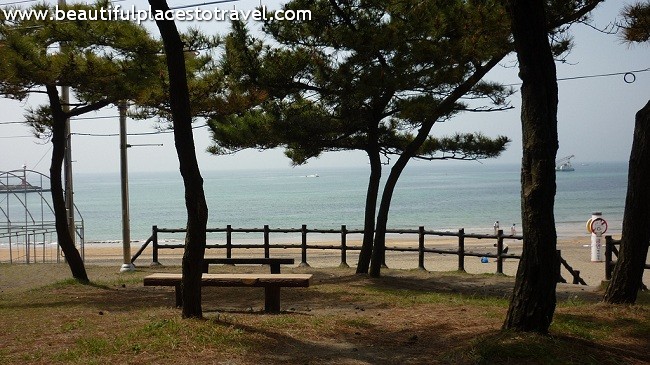 Get in to Jeju Island - Air Plane service is the most popular source of Get In from various outside places. Jeju international airport has a total of 23 airlines providing direct flights (thirteen local, ten international). The vast majority of flights to Jeju are from Gimpo (Seoul's domestic airport) or Busan. There is also one direct flight per week to Incheon, seven direct flights per week to Tokyo Narita, seven to Osaka Kansai, four to Beijing, plus flights to Shanghai Pudong, Nagoya, Shenyang, Fukuoka, Dalian and Changchun

Posted by Addatoday at 3:38 AM