Addatoday
on 3:31 AM
No Comment
Santorini has emerged as one of the Top Holiday Destination in Europe and the World in recent times. It is a volcanic island in the Cyclades group of the Greek islands. It is located between Ios and Anafi islands. It is famous for dramatic views, stunning sunsets from Oia town, the strange white aubergine (eggplant), the town of Thira and naturally its very own active volcano. Even the beaches are best in the world. There are fantastic beaches such as the Perissa beach, the black pebble beach of Kamari, white beach and red beach. 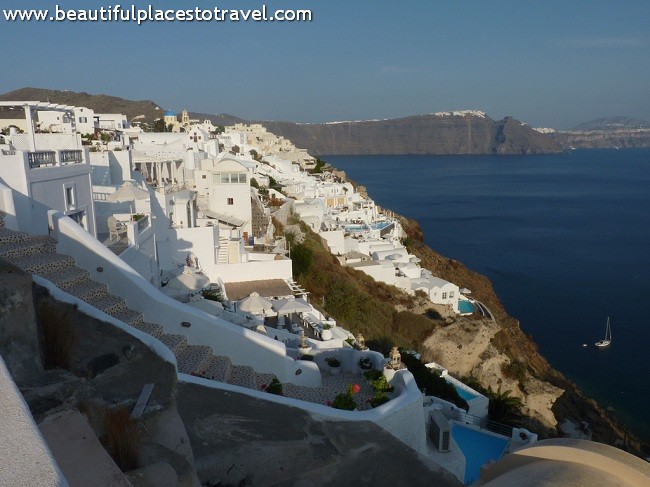 Santorini is one of the great natural wonders of the world, and its main attraction is the landscape and seascape of the island itself. The configuration of the present, roughly semicircular island is the result of an enormous volcanic explosion which occurred probably around 1630 bce, literally blowing the top off the island and changing what had been a typical half-submerged mountain of an Aegean island into a flooded crescent caldera, in the middle of which a few small smoking islands still bear witness to volcanic activity. 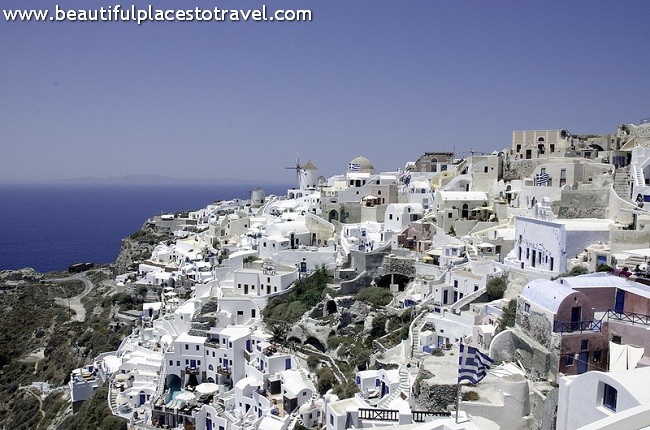 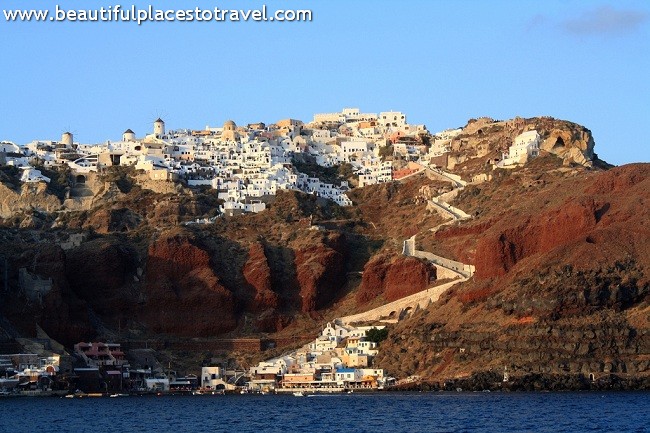 Image Credit
Another popular reason for coming to Santorini are the legendary sunsets, some of the most spectacular in the world. Ia is one of the few places on the island which is both close to a sea and offers a good view to a sunset over the sea: in other towns, the sun disappears behind the volcano. 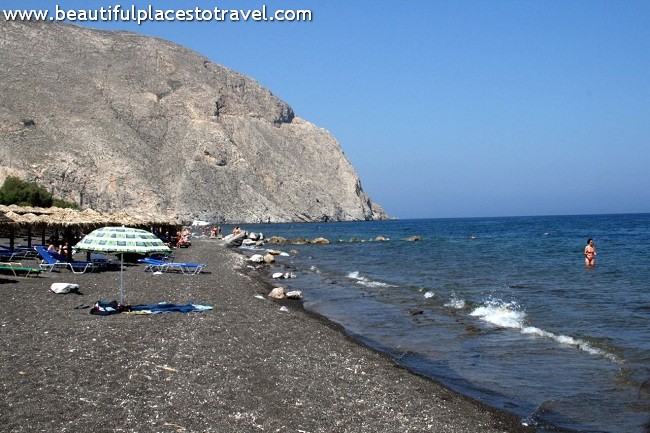 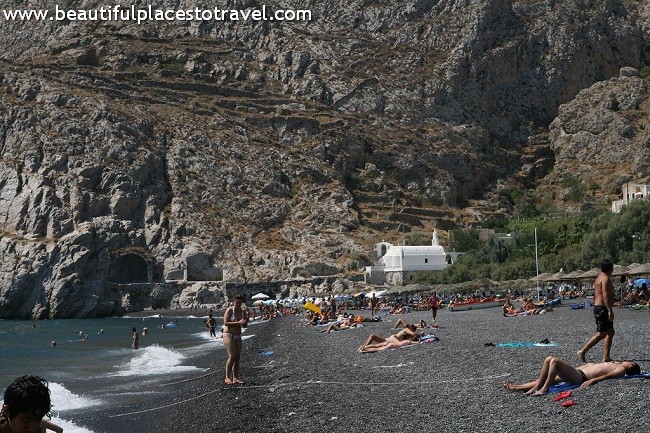 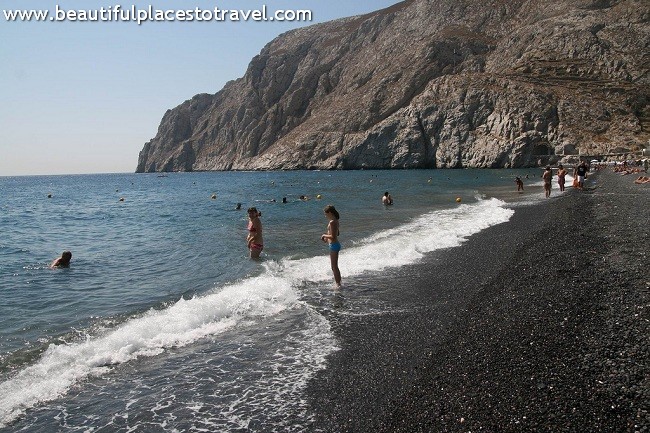 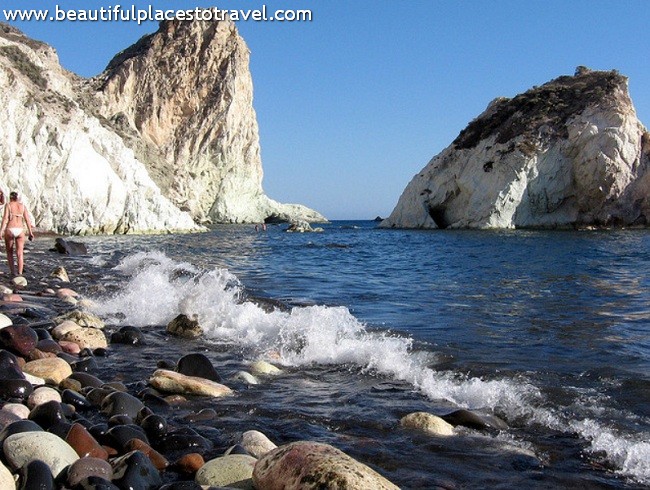 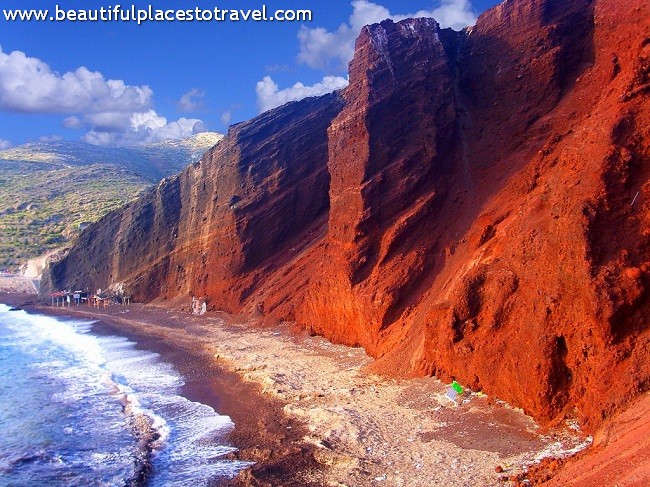 Best time to visit - April to June and September-October.

By Air - Santorini (Thira) National Airport is an airport in Santorini/Thira, Greece (IATA: JTR, ICAO: LGSR), located north of the village of Kamari. With regular flights from Athens by Olympic Air, Aegean Airlines and AirSea Lines (a seaplane airline).

By Sea - Take the ferry from Piraeus past Paros and Naxos to the new port on Santorini. There is also daily connection between Heraklion (Crete) and Santorini during high season.

Posted by Addatoday at 3:31 AM