Addatoday
on 3:53 AM
No Comment
The Android market is currently flooded with apps of all sorts and genres. New updates and examples are appearing in Google's Play store every second. But what if even that is not enough? What if you are not satisfied with the supply of Apps in the Market? Or you have to take expert comments and suggestions from directly from the Developer Team for latest updates. What if you have to enter receptive groups of friends who talk about WhatsApp V.3, when only V.2 is available?

Why not go one step beyond the official release date of Apps and become a Beta Tester! It will not only bring kudos to yours ego, but will have serious benefits. 1st being able to utilise an early version of any program and test it in real world improves the robustness of the app as it faces unknown territories that can lead it to fail in programming terms. Real life is a tough testing environment and it allows the app to face new conditions, diverse phones and finally brngs it into contact with unique settings setups, app configurations. It also allows Beta Testers to come into contact with developer asking why feature X hasn't been implemented fully and why can't app do this or that? 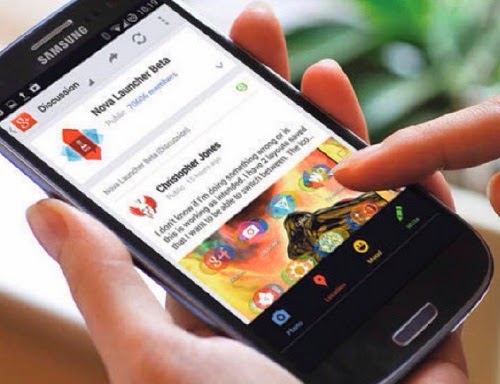 Beta Test in Google+: For the developer, beta testing means that they can put the app through its paces before the official launch, thus attracting less complaints, lesser poor reviews and hopefully higher sales. For this Google has tried to encourage more development by providing supportive testing environment by opening up facilities in Google+ for beta testng.

A similar service that provides developers further options is the Staged Rollouts programme. This is a staggered system that also depends on instigating user restrictions where developers can choose to only push an update to a certain percentage of their testers, increasing that figure later. In this way, any feedback that is realised during testing isn’t found on a public forum but goes straight to the developer. As tweaks are initiated and improvements are made, then the app can become more accessible with a higher percentage of testers allowed to see it and trial it, until it finally goes public. Sounds attractive? You too could move into the beta zone, banding together with other hardy coding pioneers, battling the data elements and breaking new ground in app design. But how do you do it? Well, there are a number of avenues. One of the most basic ways is to ingratiate yourself with the developer of the app.

How to be a Beta Tester?

1. When you are on the Google Play website and you find the app that you would like to get to know better and help develop further, enter their page and scroll down to the base of the page to the 'Additional information’ section. In the majority of cases, you will find an Email Developer option which, when clicked, opens their address in your default mail client. At this point, it’s up to you to politely convey how much you would like to become a beta tester. If you have past experience of beta testing, then all the better but, even if you don’t, you may have already noticed aspects of the current program that could bear improvement. This and other similar ploys will help to get yourself noticed and possibly selected. Sometimes sheer enthusiasm will do the trick. 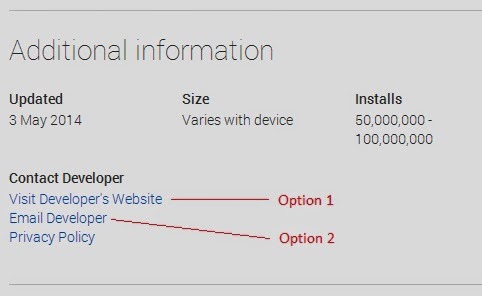 2. If you cannot find a link for a developer email address then see if there is a link to the developer's website. Contact details will, more than likely, be present on this site. Even if the contact details don't directly refer to general enquiries, don't be put off. Try any contact address that might be present - it’s a foot in the door.

3. Another way is to keep a look out for news of beta testing programs and invitations to join. Some of these can be found within the internet news media but many others can be found if you hang around the Google+ communities. News can be picked up here of forthcoming beta programs. Developers quite like recruiting from these forums because they know that, if you’re the sort of person to frequent these forums, you must have a measure of enthusiasm in the first place.

4. Finally, just search for Google+, create your profile and, when you're done, click on the Communities option on your home page. When you’re in, enter the word ‘beta’ in the search bar and a whole host of beta programmes will appear, allowing you to investigate and possibly join. 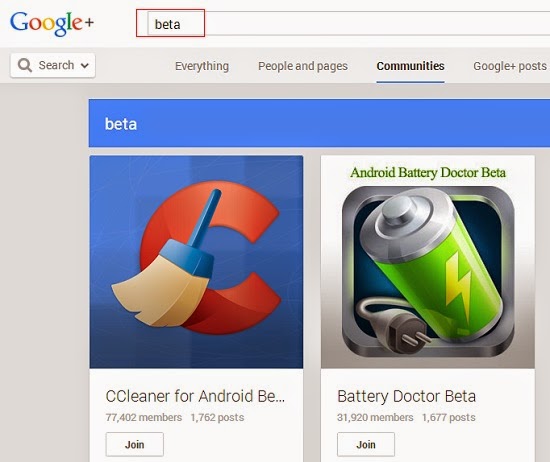 5. Another new option is the Erli Bird website, a hub for start-ups and developers, where you can find new products. The website matches you with developers who share the same interests, support the same hardware as you (this is not just an Android site but also iPhone, iPad, Mac, Windows, Linux and more) plus lots of other data. Developers can then see you and invite you into their new programmes. It’s a bit like a beta testers dating site.

Once a developer has invited you to test their product, you will be directed to their Erli Bird page, given special access codes and, during the tests, you will be encouraged to report good and bad features, bugs, features that don’t work as they should, missing features that should be in the app and much more. You may even find a developer assigning you with a specific task that covers only a small part of an app.

What makes the beta testers of Erli Bird better than a beta tester found anywhere else?

Well, again, it’s a question of the degree of enthusiasm. Any potential beta tester who takes the trouble of signing up to a site like Erli Bird must have more drive, commitment and enthusiasm than a basic web browser who accepts a beta task on a pure whim. Taking part in the development of any new product is an exciting and satisfying task. Quite apart from the bragging rights and the fact that you have an ‘in’ on new advances, it is ideal for the early adopter mentality and those users who are just excited about new technologies and developments. More than that, to know that you played an active share in bringing a product to market can be immensely satisfying.

Pinnacle for Beta Testers: On rare occasions, beta testing has lead to more involved tasks being asked of the individual and then full-time positions in a company leading to a successful career in software. It all depends on you, what you want from the tasks and how much time and effort you are prepared to put into it.

1. Snapchat: Snapchat enables you to take a photo, then add a caption and send the completed image to a friend. You can add the Snap to a Snapchat Story that acts as a narrative and exists for just 24 hours. The idea of the app is not to create an artistic print but just to capture a moment that is then immediately shared and binned. Beta testers have helped to fix a range of bugs including a fix for back-facing flashes on some phones plus a new feature that allows you to scroll to and from the Add Friends page.

2. Nova Launcher: This is a customisable home screen replacement for Android 4.0 that features a range of colour themes as well as a wide choice of icons and a scrollable dock. Speaking of scrolling, you can enjoy a range of effects such as Cube and Cardstock in addition to the Infinite Scroll that allows a continuous scroll. Other features include backup and restore options plus gesture controls. The Beta site shows an array of added effects that are verified by the testers involved. In addition, the designers have discussed a batch of ideas that are served for possible implementation.

3. Dolphin Browser: A mobile browser, Dolphin offers a personalized home screen, plus interface enhancements including voice control along with gesture facilities to access the mobile and desktop websites you use the most, tabbed windows and a new web app store. You are also able to customise its settings while many users will appreciate its many sharing features and add-on utilities. Beta testing activity for upcoming versions has included a fix for those finding it difficult to access their SD cards, an issue with a checkerboarding effect under certain conditions and unobtainable buttons on certain websites.

4. Sliding Message: Sliding Message allows you to manage text messages that utilise the same style and formatting as the stock message app from Google, but adds the ability to switch between conversations. This is done by moving the sliding menu on the left side of the screen or starting a conversation by doing the same with the right menu. The app includes plenty of Emoji choices, themes and picture support. The latest beta activity has surrounded MMS support updates, the new version of the app disappearing from the home page after updating and queries on Google voice support.

5. Fleksy: This app provides an alternative keyboard option for your Android phone. Offering an adjustable keyboard size for tablet users plus multi-lingual support that has just included French, Arabic, German and Dutch. It also includes a spacebar vibration slider to aid typing while you are not looking at the keyboard itself. The beta community is very active, currently discussing varying keyboard issues for new versions plus possible battery concerns, the possibility of adding Chinese to the language pack as well as quickly switching between languages and modifying the app colour depending on what app it is associated with at any one time.

Posted by Addatoday at 3:53 AM