Addatoday
on 1:52 PM
2 comments
As Fifa World Cup 2014 is about to start in Brazil from 12th June, 2014, question in everyone mind is who is going to win this world cup. Will be the host and crowd favourite Brazil? Or will this be Lionel Messi year and he will take Argentina to ultimate glory. Let's have a look at Top 5 favourite of this World Cup who have great chance of winning this year cup.

No. 5 -  Uruguay - This stylish attacking team has one of the best attacking force in the World if not the best. Luis Suarez is one of the Player of the Year so far and he along with Edinson Cavani and veteran Diego Forlan will be a huge threat up front. But main problem for the team is how midfield and defense give support to this superstar attackers upfront. Good thing for Uruguay is that they will be play in Brazil which is quite familiar to their own country's surroundings. Uruguay being last world cup semi-finalist, this may be your best chance to go one step more further. 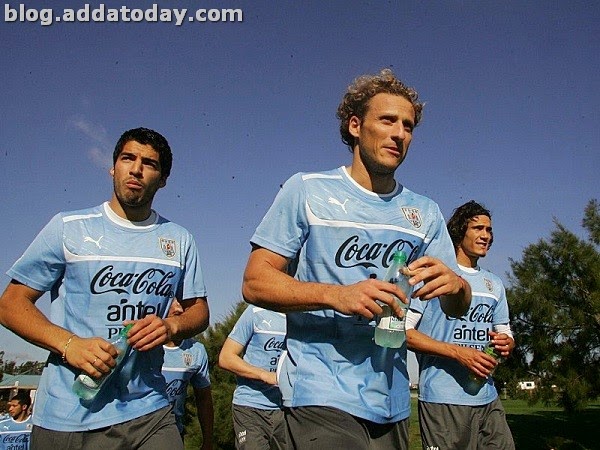 No. 4 - Spain - Spain has won last edition of World Cup and more or less lots of player from that will still be playing in Brazil. That's why it feature in Top 4 team to clinch the cup. Spain has their unique flavour and is known as king of possession play. They are super strong in midfield and it will again be their strength. The famous four quartet of Xavi, Xavi Alonso, Andres Iniesta and Cesc Fabregas will keep opposition at bay and control the midfield. Little problem for Spain is recent defense system. Despite having known stars there as it is brittle in recent times. Plus, there attack is inconsistent despite having big form player in Diego Costa. This all star team has also to gel well as a team if they dream of another World Cup. Realistically yes, they can defend their title for sure! 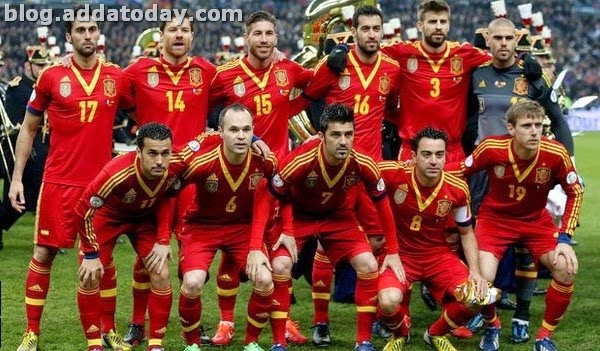 No.3 - Germany - Probably the most complete team of 2014. Many have given chances that nobody can stop this team in Brazil this time. One of the best Goal Keeper, best defense, super strong midfield and deadly attackers. Yes, on paper Germany has no weakness at all. With stars like Philipp Lahm, Sami Khedira, Mesut Ozil, Bastian Schweinsteiger, Thomas Muller, Lukas Podolski and veteren Miroslav Klose this team looks unstoppable right now. This time Germany has experience on their hand as most of their youth stars from last world cup have groomed into match winners in present time. With football legacy Germany has over the years, they are definitely the team to beat. 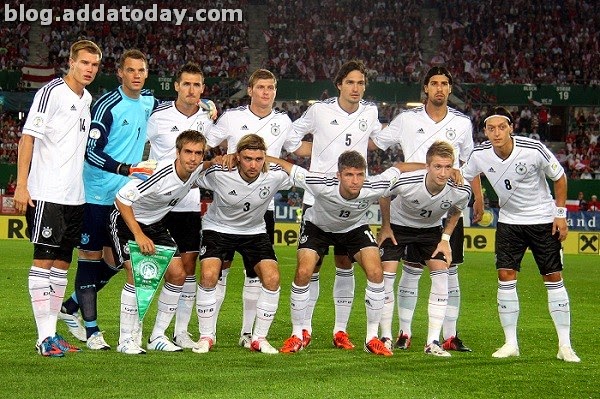 No.2 - Argentina - Football pundits are this time putting their money on Argentina and there is a reason for that. Probably they may not have the possession skills of Spain or a complete team like Germany this time. But they have probably the best player of this generation in Lionel Messi. What Diego Maradona did single-handedly in 1986 World Cup, same might be repeated by Messi in 30 days time, who knows. Plus Messi has got good support in big players like Angel Di Maria, Sergio Aguero and Gonzalo Higuain and others. Argentina boast the best attack in whole world right now at least on paper. Plus being Messi upfront is doubly dangerous. This might be the year for them. Only noticeable weakness might be their defense, although that is also looking alright now. 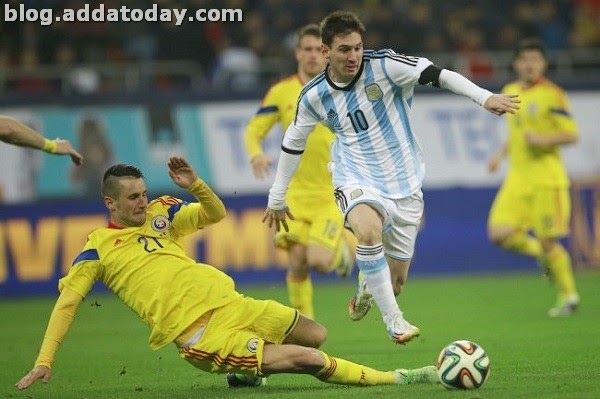 No.1 Brazil - Come World Cup and whatever be their team Brazil is always a Favourite. Most time cup winners and crowd favourite, they are the best striking weapon in the field for sure. With it is happening in Brazil this time, football crazy nation will be supporting like insane for their team. Not only Brazil has legacy, but they have a talented team also this time. Neymar is touted as the torch bearer after Messi as the best player in coming days. Apart from Neymar there is a long list of talented support staff in Thiago Silva, Ramires, Oscar, Bernard, Fred and others. Good defense, Strong midfield, good attackers Brazil looks another complete team after Germany in this World Cup. And if Neymar shows his promise then everyone will see Samba dance on 13th July, 2014. Yes, Brazil are No.1 Hot Favourite to Win this year Fifa World Cup. 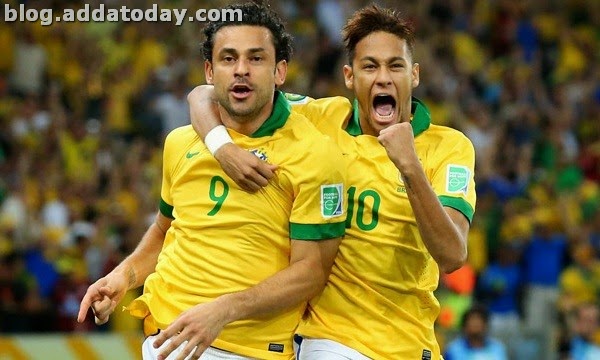 Posted by Addatoday at 1:52 PM