Addatoday
on 5:52 AM
No Comment
Finally we have 8 Teams Brazil, Netherlands, Colombia, Costa Rica, France, Argentina, Germany, Belgium, who will compete in Fifa World Cup 2014. All groups leaders have progressed from Round 16 and there is no such surprise except Costa Rica who is much lowly ranked in Fifa Rankings. But if one looks at group phase then Costa Rica is not such lucky as they have emerged a leaders from group comprising of Uruguay, Italy and England. So, credit should be given where is due.

So, as now all eight teams are settled for Quarters let's have a preview of all the teams and match up.

Argentina - Argentina has progressed from Group F as leaders and has beaten a talented Switzerland team in Round 16. Argentina saviour till now is none other than Messi, who has strike great form (finally) in World Cup and has notably won 4 back to back Man of The Matches. Team revolve around him and Messi needs to fire again in QF if Argentina has any chance of progressing to Semifinals. 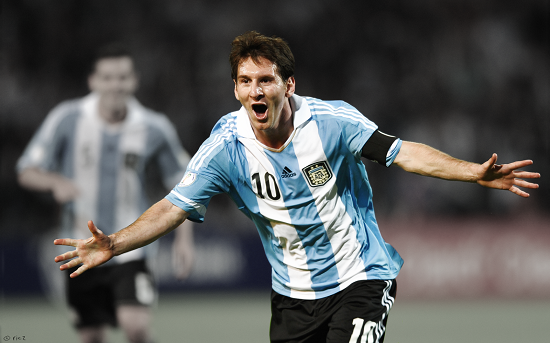 Belgium - Belgium has progressed from Group H as leaders and has beaten a dangerous USA in Round 16. Belgium is highly ranked by FIFA and their progress till QF is testimony to that. Their golden generation has started and leading the pack is Hazard who is rather subdued till now. Cometh the hour cometh the man, hope he fires from now on. Belgium strength is their Defense till now who is rock solid. 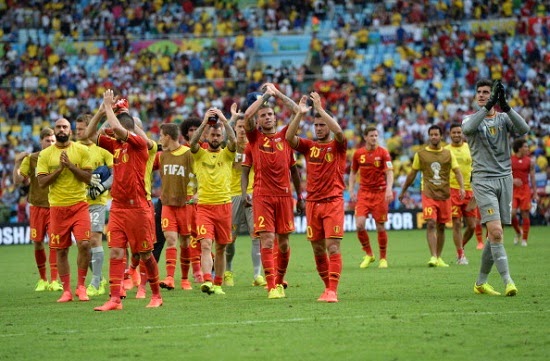 Brazil -  Brazil is erratic in this World Cup by their standards till now and honestly been just out of jail after a penalty shoot-out with talented Chile to reach QF. Brazil progressed as leaders from Group A. But had to fight it out with Chile for a place in QF. Brazil talisman is Neymar and Brazil fires when he fires. Luckily Neymar is firing all cylinder till now and their Nation will hope he continues it till the end. 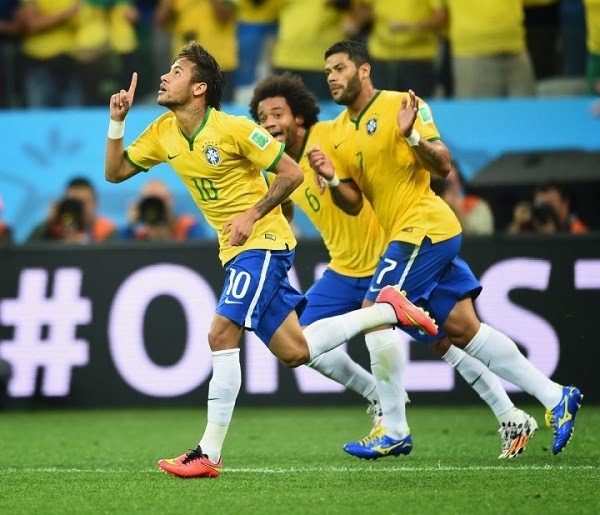 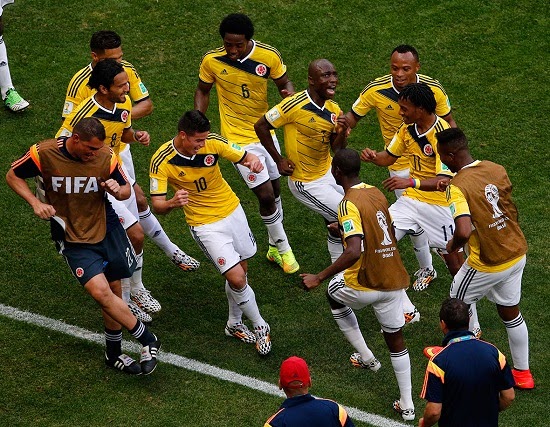 Costa Rica - Many will say Costa Rica is just plain lucky to reach World Cup Quarterfinals. But purist will know they had the most toughest battle to come out from a Group of Death D featuring Uruguay, Italy and England. Costa Rica strength is Team work with no superstars. They work as team with good midfield and defense in them. Plus a great Goal keeper in Navas who is in saving spree left and right for the team. 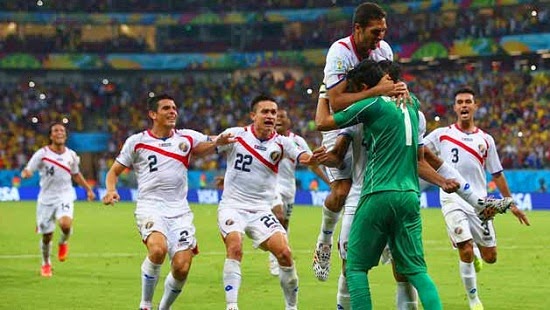 France - France has progressed from Group E as leaders. They beat Nigeria in Round 16. France is keeping rather a low profile in this World Cup untill now. Had a relatively easy Group Phase and had a relatively easy Round 16. But real battle begins now. Benzema is their talisman till now and he is in lethal form. Their strong midfield possession is their strength till now. 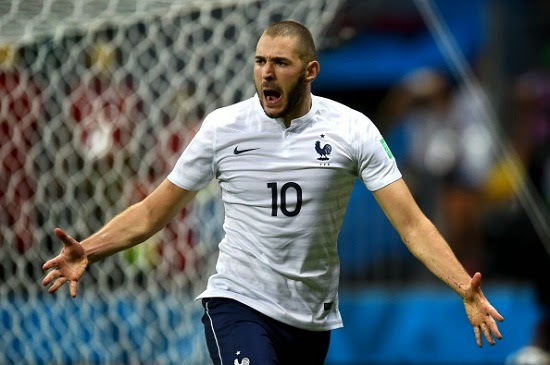 Germany - Germany has progressed from Group G as leaders and is one of the most complete team of this World Cup with great Defense, Midfield and Attack. They beat a talented Algeria in Round 16. Germany like Brazil has performed below their benchmark till now. Their talisman is Muller who has scored 4 goals till now and looking unstoppable. 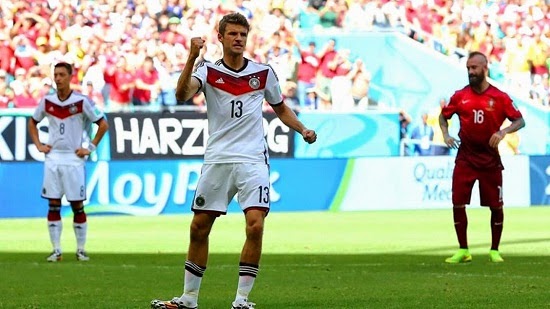 Netherlands - Netherlands last year runner-ups are aiming to go one step higher to lift the Cup this time. They progressed from Group B as leaders and has beaten strong Mexico in Round 16. Talismanic trio of Van Persie, Robben and Sneijder are looking unstoppable this time with all 3 of them in great form. With being one of the best attacks in this World Cup Netherlands are looking lethal. 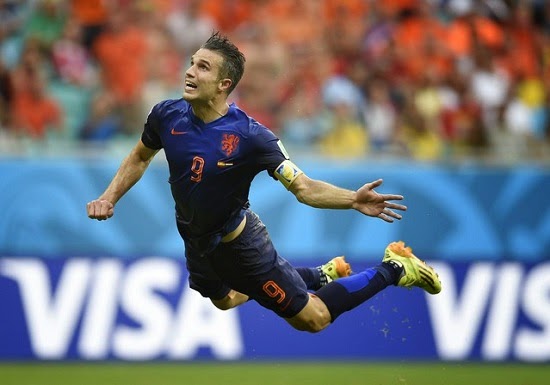 1. France vs Germany (4 July, 2014; 1 pm Local Time) - France progress till Quarterfinals is relatively easy till now, but they face the biggest test in Germany who is one of the favourites to win this World Cup. For France inspiration has been the solid performance of Karima Benzema till now. Coming to form of Paul Pogba is good news for them. As for Germans they need to do collectively well as they are no dearth of Superstars in Muller, Schweinsteiger, Ozil, Klose, Hummels and of course Lahm. Only problem for Germany is there underperformance till now may be except their first match against Portugal.

Who should win: This will be a close match up as both teams are close. Germany will fancy their chances being a better team between the two and should go through to Semis. Definitely it will be an upset of sort if France sneaks through, which is also a possibility.

2. Brazil vs Colombia (4 July, 2014; 5 pm Local Time) - Brazil progress till now is well known, with hardly looking like a World Beater. Reason their weak midfield specially more if Luis Gustavo is not playing in QF. Brazil hopes hinges on whether Neymar fires or not on that day. Plus, Oscar is subdued after a good first group match. On the other hand Colombia is oozing with confidence and literally winning everything. They have in them the Star of the Tournament in James Rodriguez with 5 goals, and well support from Juan Cuadrado with 4 Assist till now. Fascinating Match on cards with loads of Goals expected.

Who should win: Difficult to predict despite Brazil legacy in World Cup as Colombia is a Damn Good Side. Will be a cliff-hanger with may Brazil come out triumphs by a minuscule margin. Don't be surprised if Colombia comes out winner as they are the Team of this Tournament till now.

3. Argentina vs Belgium (5 July, 2014; 1 pm Local Time) - It will definitely be one of the showdown between Messi attack and Kompany Defense. If there is a defense to mark Messi, which is literally impossible till now then it has to be in Belgium team with Kompany and Buyten & co. Argentina problem till now is nobody has excelled enough except Lionel Messi. Messi has been saviour literally in all Games. Di Maria coming to form in Round 16 match will be a relief for them. As for Belgium apart from Solid Defense and Midfield they have good attack in Eden Hazard and De Bruyne.

Who should win: Very difficult to predict as Belgium has a better team in overall, but Argentina has Messi. Argentina attack is better than Belgium which is important. Another Cliff-hanger awaits with Argentina has slight edge to go through just because of Messi magic.

4. Netherlands vs Costa Rica (5 July; 5 pm Local Time) - Many will say it a mis-match as one side is last World Cup runner-ups and other side a side coming to QF for very first time. Head, heart and brain says it is Netherlands which should easily go through. But wait wait. Costa Rica has topped the Group which featured Uruguay, Italy and England. One random upset is a fluke, but regular ones is no joke. Costa Rica deserves where it is now and that because of total Team Work and their good Midfield and Defense. Only problem for them is no talismanic figure in the Team who could inspire. There may one though in QF who knows. Other hand Netherlands will be outright favourites to go through with attacking trio of Robben, Van Persie and Sneijder.

Who should win: Netherlands should win against Costa Rica in QF, unless there is destiny written for Costa Rica to reach their first ever semis.

Whatever happens in coming days, it is certain that World Cup 2014 is one of the most open one. Football pundits know that 3 out 4 Quaterfinals will be cliff-hanger as all teams are equals in skills. Yes, there are 4 previous World Cup winners in Brazil, Germany, Argentina and France, but don't count out Netherlands, Belgium, Colombia and Costa Rica. Its showtime!

Posted by Addatoday at 5:52 AM