Addatoday
on 3:00 AM
2 comments
Finally here are four Semifinalist of FIFA World Cup 2014 in Brazil (B), Argentina (A), Netherlands (N), Germany (G) or in short World Cup will end with BANG! Brazil faces Germany, whereas Argentina clashes with Netherlands for the last two. Honestly nothing separates these teams and no-body will start favourite for reaching Finals on 13th July. All these four teams are deserving, but frankly route till here is not that easy and scenario would have been different if luck percentage would have varied even a little for any one of them. That is the competitiveness of this World Cup and that's good.

Now coming to Semis with four teams known, there is two scenario still possible. A dream final of Brazil vs Argentina which will be a visual treat or an all European final between Germany vs Netherlands which will be lot physical. 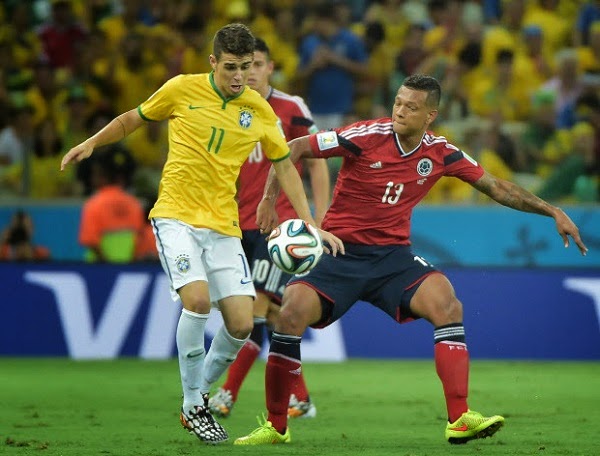 Brazil will enter the field on 8th minus their talisman Neymar who has been one of the star of this World Cup. Plus, Brazil will be minus their Rock Solid Captain Thiago Silva who is suspended for Semifinals because of two previous yellow cards. This is a big jolt for them, as both are irreplaceable without a doubt. Direct replacement for Neymar should be Willian and for Thiago should be Dante. But it is to be seen whether Scolari sticks to same combination as previous or make formation changes to have other in the team. What positive for Brazil is that because of Neymar injury, team might be united more than ever and it will motivate them to win the Cup for him. Hence, beware Germany.

Germany as posted in my previous mentions is the Team of this World Cup because of literally no weakness in the team. But they would have still prefer any other team than Brazil even without Neymar and Thiago. Germany rides on team work. Muller, Hummels, Kroos, Lahm, are in good form. Neuer is doing all right by his standards. Real problem may come in form of both Ozil and Goetze because this is Brazil and their is no second chance. Good news for the team is their superb defense and it has enough ammunition to tackle Brazilian attack minus Neymar.

Who will rise for Brazil - Its now or never for Oscar. We all have seen glimpse of his magic in opening game. After that Oscar has taken back stage after Neymar show and been little subdued. Yes, he is the player in Brazilian ranks who is taken in same breath as Neymar and its time for him to show up. And with confidence can say that he will definitely one of the man to watch out for in Semis. Other one is the success story of David Luiz. He is a star for them and is acquiring Superstar status with each outing. Don't be surprised if this great defender of Brazil scores again in this World Cup.

Who will rise for Germany - If Germany has to over power Brazil in their own den, then Bastian Schweinsteiger is the go man for Germans. Yes, Muller, Hummels are the star of this team till now. But with major midfield game awaits in semis, Bastian will be key man well supported by Kroos and Lahm. Another Ozil has to raise his game, Cometh the hour, Cometh the Champ and it goes for him. He may be subdued till now, but he needs to be his own, otherwise it might be bye bye.

Predictions - Honestly there is no shame to say that Brazil and Germany are equally strong and this might again go to Penalties. Another Heart Breaker awaits. 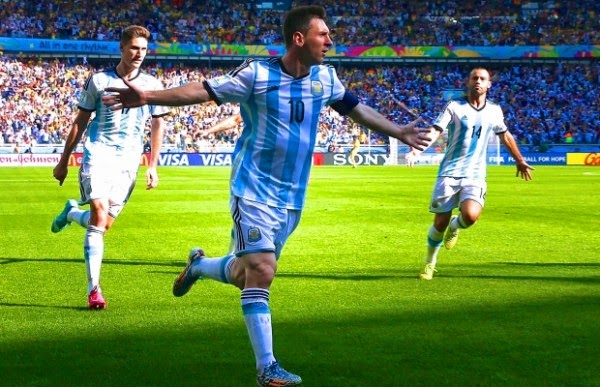 Argentina has survived the scare of Belgium in a big fought Quarters. Good news for them is their Defense is tested and its looking good in hand of Garay and Co. Messi has been the talisman of this team and he has come to his own in this World Cup. He is single handedly helped his team to this stage and is thankful now that others have also come to party in Round 16 and Quarters. Argentina will miss Di Maria as he is out with injury. However coming to timely form of Higuain is good news for them. Plus, good form of Mascherano in midfield is positive and will be the key man in midfield game against Netherlands.

Netherlands is just out of jail in their Quarterfinals against Costa Rica. But if soccer had been a romantic film, they are the most deserving team to go to Finals, after what had happened in 2010 World Cup finals. They have been the most consistent teams in this World Cup and also in 2010. With Arjen Robben again being their Talisman, everything looks good for them again. With support from Sneijder and Van Persie it will pose few threats upfront again. Sneijder would have easily scored two goals in Quarterfinals had his two shots striking the crossbar had been few millimeters inside. Van Persie subdued form will be a worry for Netherlands and hope he comes good in Semis.

Who will rise for Argentina - Lionel Messi without a doubt. He is magical till now and nothing less than that expected by his crazy nation fans. Higuain will be another to watch out as pressure is of his shoulder with scoring goal in Quarters and he may be in free flow in semis. Garay in defense will be the key to stop Netherlands attack, whereas Mascherano in midfield will be the key for opening the game.

Who will rise for Netherlands - Robben-Van Persie-Sneijder trio attack will be a big threat for Argentina. When everyone is planning to stop Robben and Van persie, Argentina don't underestimate the power of Sneijder. Sneijder is the man for Netherlands who has shined always in big game be it this World Cup or 2010. He goals in knockout is testimony to that and been unlucky in Quarters with two of his shots hitting the crossbar.

Predictions - Purist will want Argentina to win the game for Messi doing a Maradona. But honestly Netherlands look better organised team than Argentina. However good performance of Argentina in QF against Belgium will give them much needed confidence. Don't be surprised if the match goes into extra-time and even penalties.

So, be ready for B-A-N-G to lit up this World Cup. Semis here we come!

Posted by Addatoday at 3:00 AM