Kjeragbolten Boulder, Norway. Accessible by all without Climbing Equipment.

Addatoday
on 3:19 AM
13 comments
Many people dream of reaching some adventure points in his lifetime while traveling without any major hardship. Like a Top of Mountain or a Nature Landmark place. Kjeragbolten is a Norwegian boulder and it has huge historic significance. What's more it is accessible by all without any need of climbing equipment. located in the Kjerag mountain in Rogaland, Norway.

Kjeragbolten boulder is itself a 5 m³ glacial deposit wedged in the mountain's crevasse. It is a popular tourist destination in Norway. Although it is accessible without any climbing equipment, however it is suspended above 984-meter deep abyss, which can be reached without any major hardship. It is also a popular site for BASE jumping. 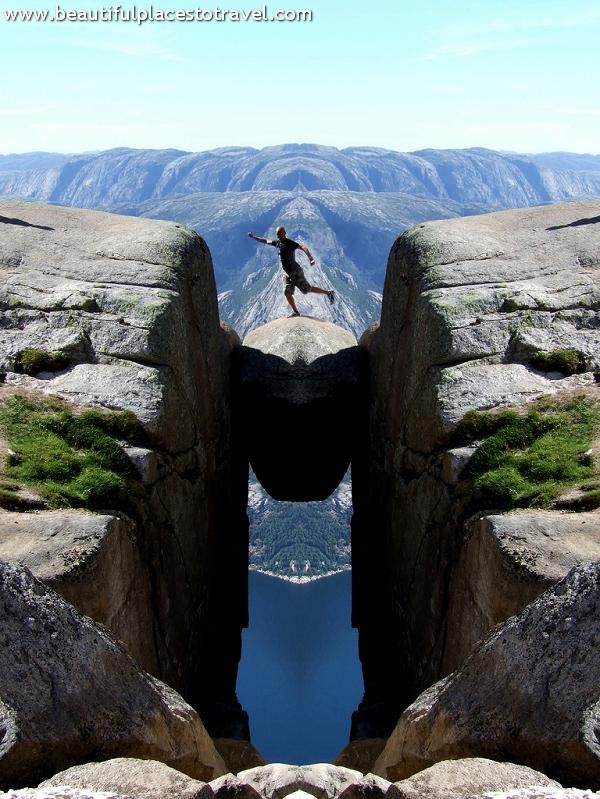 Credits
Rogaland lies in a weak tectonic zone, allowing the river to dig into the surrounding sandstone fjord. During the several ice ages, Norway was completely covered in glaciers. Between the ice ages, the meltwater formed and reformed the valley up to twenty-two times. After the last ice age, global warming caused a rise in sea level, flooding the fjords. The boulder was deposited during the last glacial period, at around 50,000 B.C.E. As the Norwegian Glacier melted, it was accompanied by a rebound in rock formations as the ice was removed. In Kjeragbolten's case, the rebound was actually faster than the rising sea level, which wedged the rock into its current position. 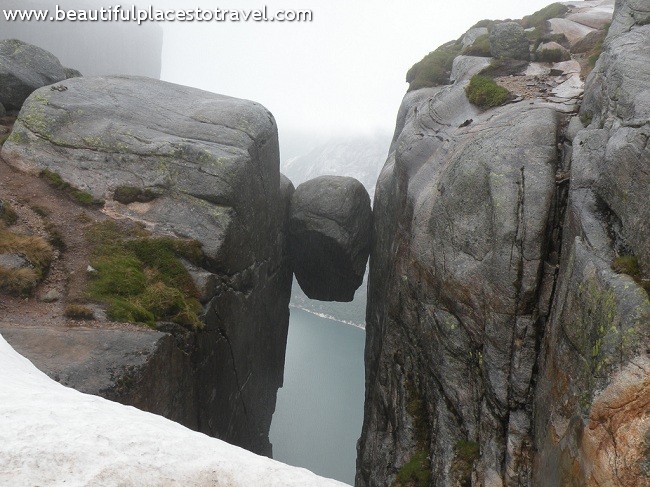 Posted by Addatoday at 3:19 AM